There's a little known cartoonist from the 50s whom I'm a big fan of, Joe Maneely, who worked for Atlas comics before it became Marvel Comics. He was Stan Lee's favorite cartoonist before his premature death in 1958 after getting hit by a streetcar. He was primarily known for his war and western comics, but also worked on The Yellow Claw, a knock off of Fu Manchu author Sax Rohmer's character of the same name (unfortunately these titles contains some very overt racial stereotypes that were all too common at the time). The Black Knight, another copycat book, was meant to emulate ECs brief post code Valor, an odd move when you consider the failure of ECs post code books, but that was Atlas. Anything they thought other people had success with, they duplicated. Unfortunately Maneely never saw Marvel's success with superheroes, but then he wasn't very suited to the genre.

He was said to do little penciling, preferring to rough things out first and go directly into pen with a technique oddly reminiscent of Robert Crumb. Though Crumb was reading comics at the time, it's unlikely that Maneely was an influence, since Crumb was mainly inspired by funny animal comics, Carl Barks and the Dell titles, but the similarity is there, maybe because of the influence of Thomas Nast. Maneely's work is also a little reminiscent of his contemporary, Jack Davis' work on EC's war titles. 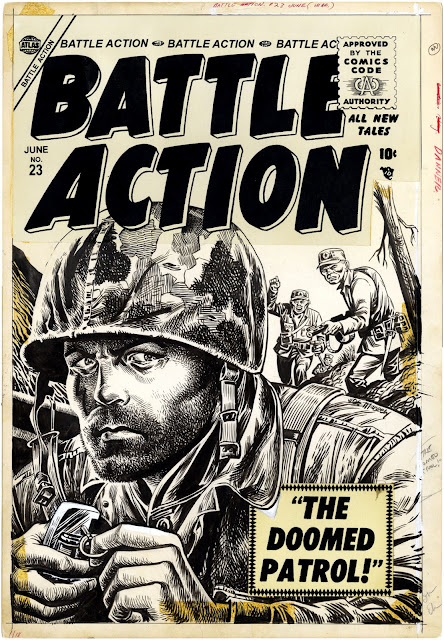 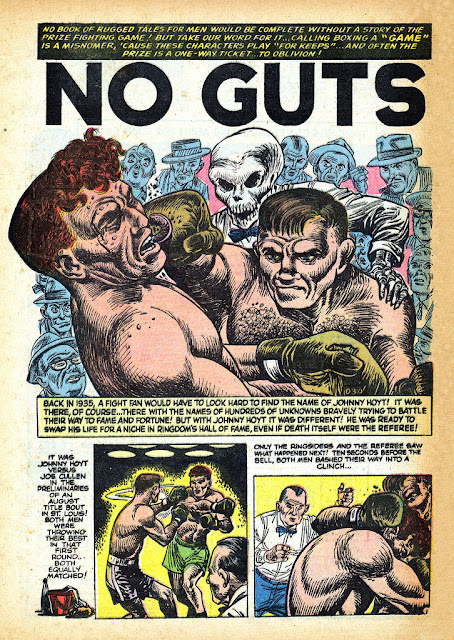 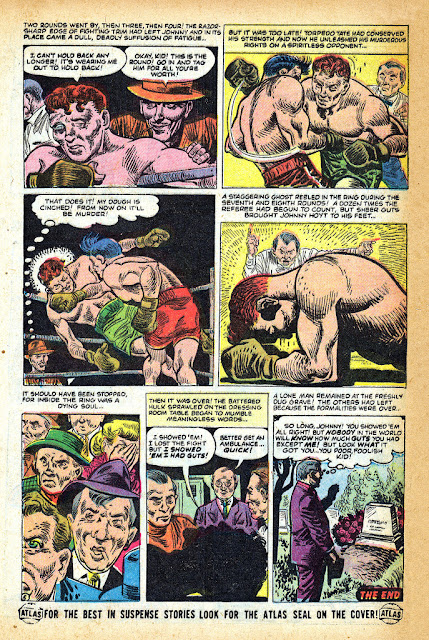 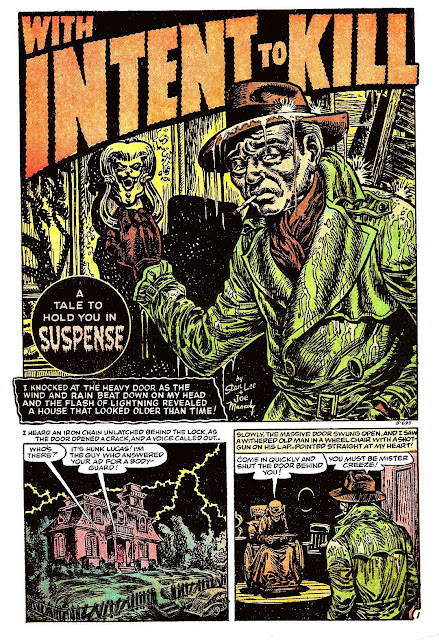 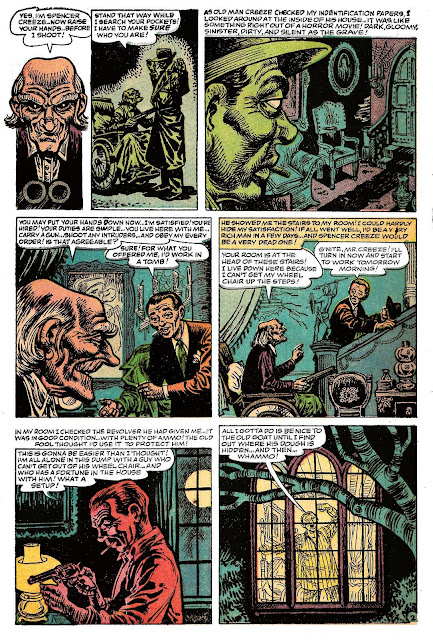 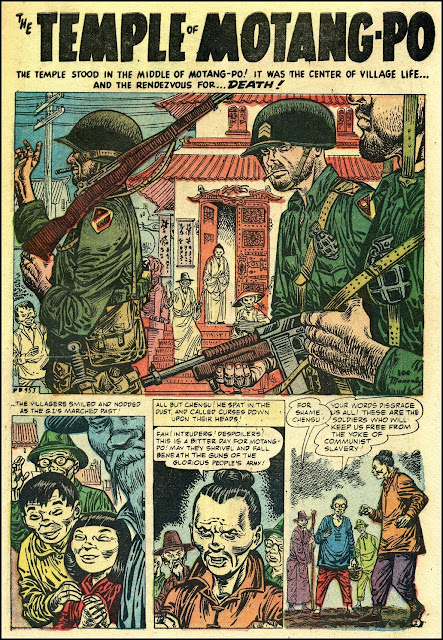 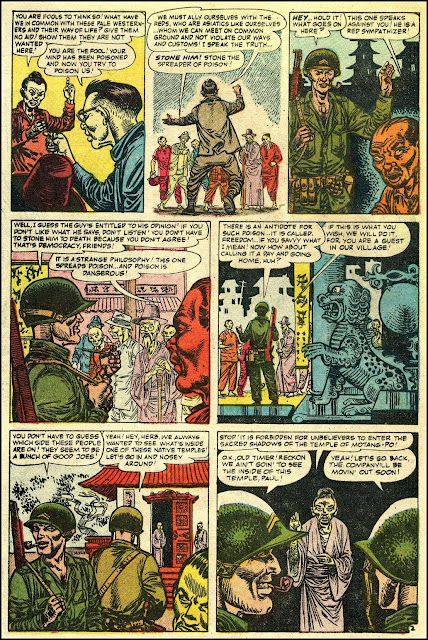 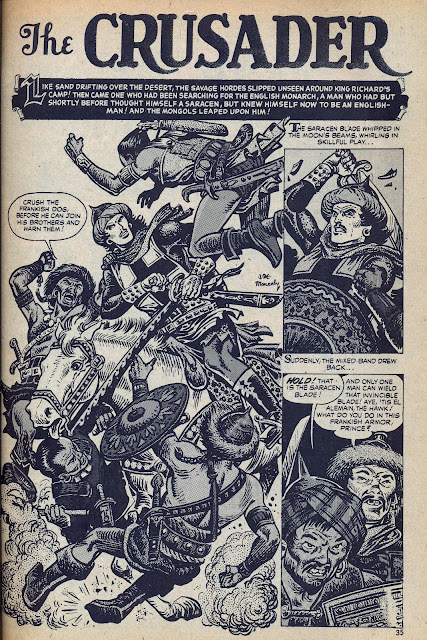 Posted by Jed Alexander at 6:18 AM