So here's a new Duck Island spread for my picture book in progress, where the two meet the king and queen of Duck Island. Here we've gone deeper into the woods, so I wanted it to be a little darker (but not scary dark) with long shadows to add drama. 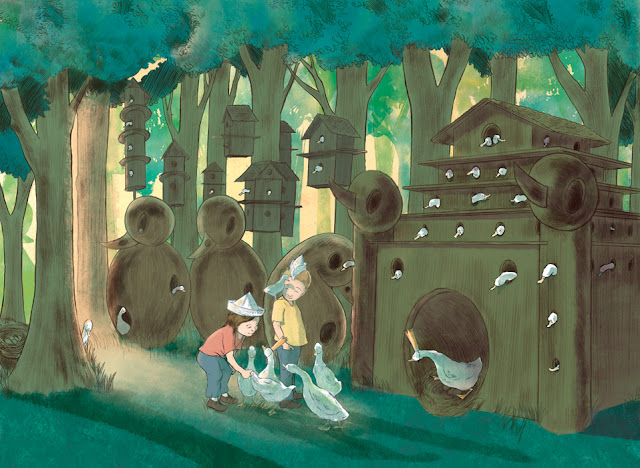 The shaft of light effect I used in this one and that last Duck Island image is inspired by Pascal Campion who's always really affective at using this and other dramatic lighting techniques, though I didn't want to go quite as saturated as Pascal tends to with the color. That kind of color works more for Pascal who has a very graphic approach.

One of the things I love about Pascal is that, like Bob Staake, another favorite, he's not trying to make his art look like it was done on anything else but a computer, doing the most remarkable things with the most basic Photoshop tools. Staake even gets away with a liberal use of the gradients, something many of us avoid for fear of looking too "computery." This unapologetic computeriness seems to suit them both very well. As people are always saying, it's just another tool. I use the computer more to compose my images than as a way to generate them from scratch. Maybe some day. 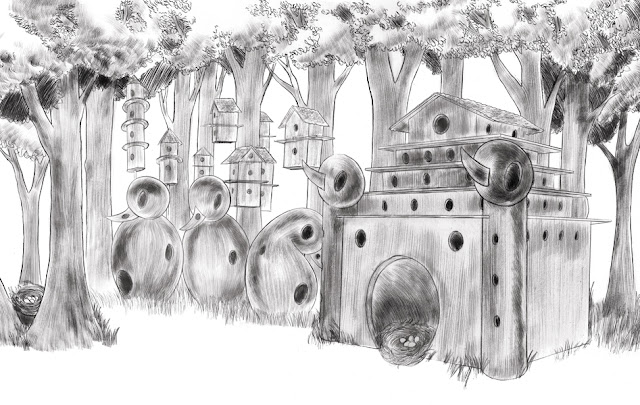 The perspective is simple two-point but still a little bit of a challenge for me because of all the ellipses. Fortunately the duck heads poking out of them made up for any imprecision. It's great to have an opportunity to experiment with architecture. Architecture is something I'd really like to do more of. This was a mash-up between a birdhouse, a Medieval castle and a ziggurat.

The background was originally drawn as one piece, then inked in parts using a light box and reassembled on the computer to avoid masking. Otherwise I'd have to use some kind of liquid or adhesive mask for each element, and this approach both saves time and is easier to control. 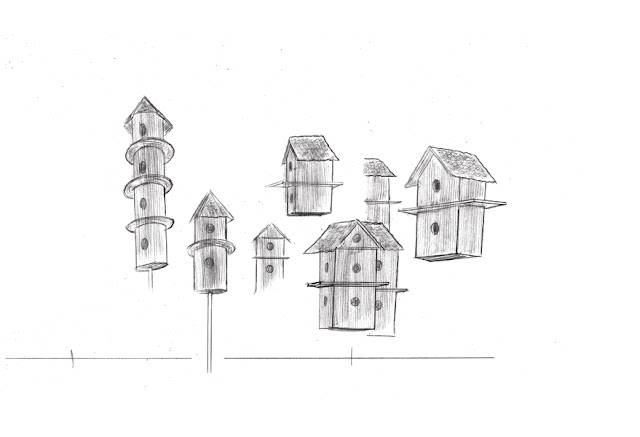 In the image above that line with the ticks on it was used so each element would register with one another and the vanishing points would all line up. 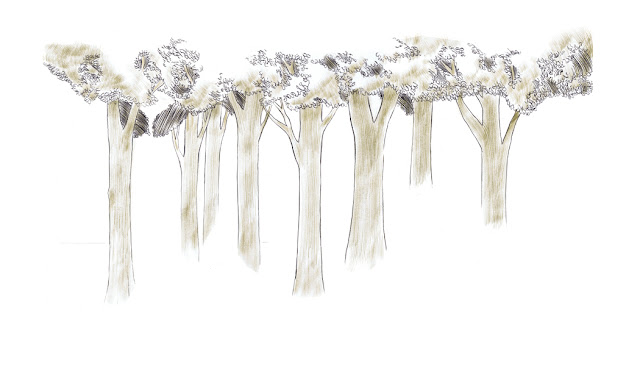 No tick marks for the trees, since it was less critical that they lined up.

Below is one of the background silhouettes I used to give the forest more depth. This was originally done in straight opaque ink and the color was added later. 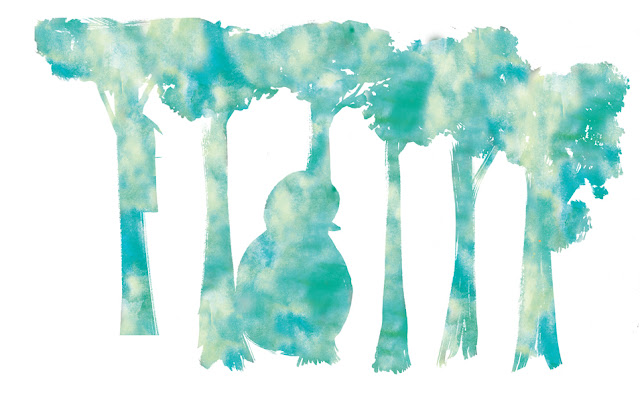