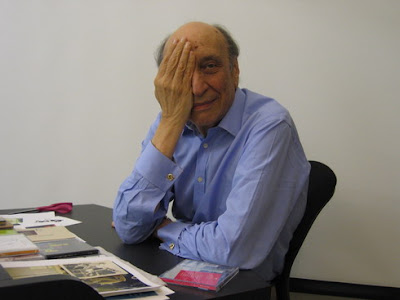 I recently watched a short video by Milton Glaser that really put in perspective what I've achieved recently with my work, despite the fact that I've yet to achieve commercial success.

My work's just starting to mature now that I'm in my late thirties, and it's in a place it would have never reached if I'd been more successful earlier. I don't just mean craft, or skill, but intention. It's been about pinpointing what I LIKE to do as much as what I want to do. I'm less concerned than I was before about being too kitsch, or too cute, or too banal. Right now I'm only concerned that the effort and intention I put into the work is genuine, and the pleasure I take in making it is expressed through it. Everything else doesn't matter. (Though it would be nice to make more of an income.)

Listen to Milton Glaser talk about fearing to fail, here.
Posted by Jed Alexander at 6:57 AM