The  October issue (available at a finer magazine emporium near you) features the first story I've both written and illustrated for Cricket Magazine, "Blackbeard's Ghost." I've illustrated a number of stories for them, but this is the first one I wrote on my own.

This issue features a gorgeous cover by Daniel Krall:

As proud as I am of the story, this is a little bittersweet.

The majority of these illustrations were done about three years ago in a style I've since abandoned. While I am proud of the images, I don't feel they're quite me. It's more of an attempt to emulate classic illustrators like Noel Sickles and contemporary illustrators inspired by that tradition like Greg Ruth. There's some me in there, but it's buried in technique.

The reason these images are a few years old is because I  approached this story in a novel way: the images were done first, with no initial intention of writing a story. They were simply an experiment in doing YA illustration. Then I wrote the story around them. "Blackbeard's ghost" is a kind of Treasure Island pastiche about a boy who stows away on a pirate ship. The story was suggested by the one color image I did at the time of Blackbeard. 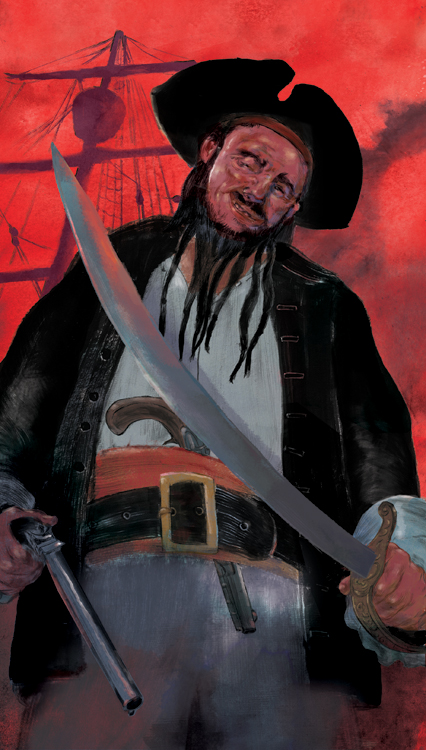 The other images were colored for the magazine, and a fourth was added. 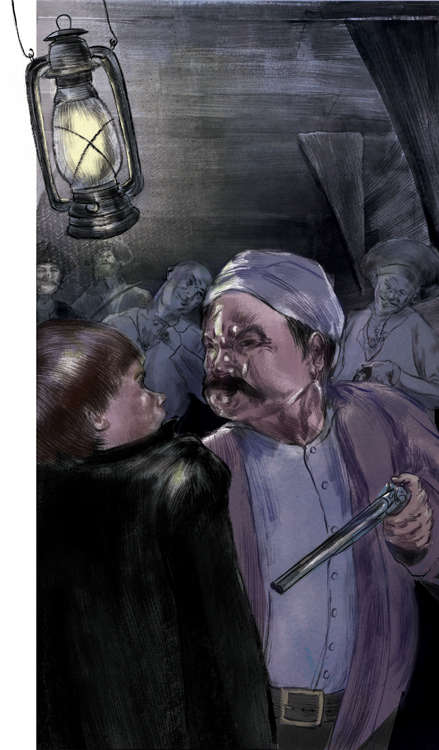 There a bit of a misunderstanding on this one about the lantern. Both the lantern and lantern light were placed on a separate layer, and the lantern was meant to overlap into the text area, which it did, but somehow the light emanating from the lantern was ommitted, so the lantern doesn't have its intended glow in the print version. 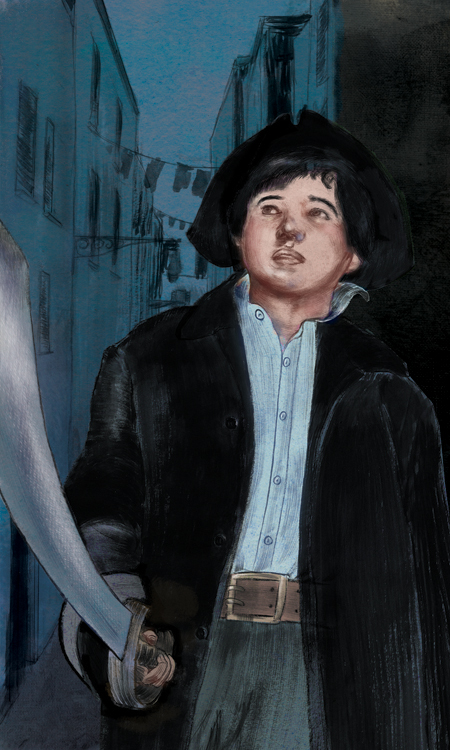 I went with a very limited palette on these, evocative of some of the early magazine illustration by Noel Sickles and Robert Fawcett.

The fourth one is the title spread: 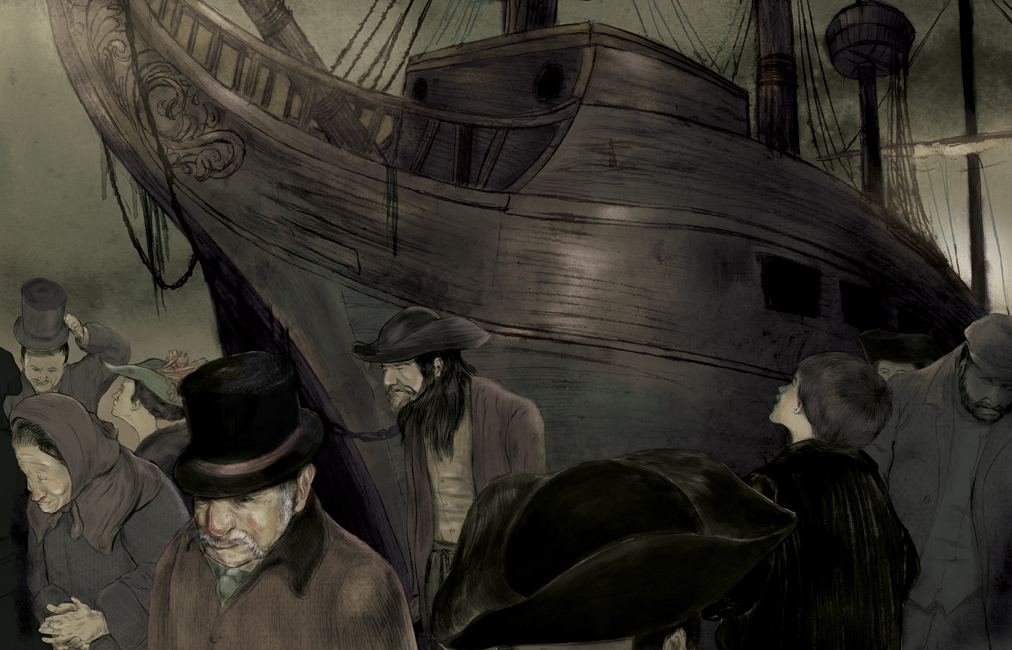 Unfotunately they printed a bit dark. To be fair, they were very dark to begin and it's hard to print these kinds of subtle value shifts in CMYK.

Otherwise I'm happy with how it turned out! My first published story in  Cricket. Cricket has had a long tradition of publishing some of the best writers and illustrations in children's lit, and I'm proud to be a part of that.  They've been very good to me, and I'm anxious to do more work for them, and hopefully, more writing as well as illustration.
Posted by Jed Alexander at 8:51 AM