Ms. Marvel Is the Superhero Comic We Need I love superhero comics. I love them dearly. But I can't read the majority of the superhero comics as their written today. The genre I once loved has become alien to me. It's become off-putting and humorless.

I'm not sure exactly when it happened. I suspect sometime in the late 90s, when superhero comics began to be sold at direct sales comic shops exclusively.Consequently, the superhero comic book audience became stagnant. With no new blood, the readership was aging. Superhero comics began to develop interwoven story lines so byzantine that you couldn't keep up unless you bought multiple titles.This meant that if you wanted to read superhero comics and enjoy them, you had to be be a die hard fan and willing to spend hundreds a dollars to do so. It was impossible to become a casual reader, and the culture became increasingly insular. The content became not so much more sophisticated, but designed to appeal to this largely adult male audience. It became more violent and fetishized.

As a result, an entire generation of kids ceased to read superhero comics or comics in general. Japanese comics--Manga--began to fill in the gap with a largely kid audience, but this, too, was a niche market. Now there are a growing number of comics for kids, but few of them are superhero comics, and while kids and adults both have great affection for superhero movies, they're not buying the comics.These comics still have a very limited audience.

There's some justice in this. Superhero comics have dominated the market ever since the 60s. Back in the 50s Superheroes represented a very small part of a larger and more diverse market of humor, crime, horror and adventure comics. More than 50 percent of the audience was female.And kids read comics. It was just something all kids did. 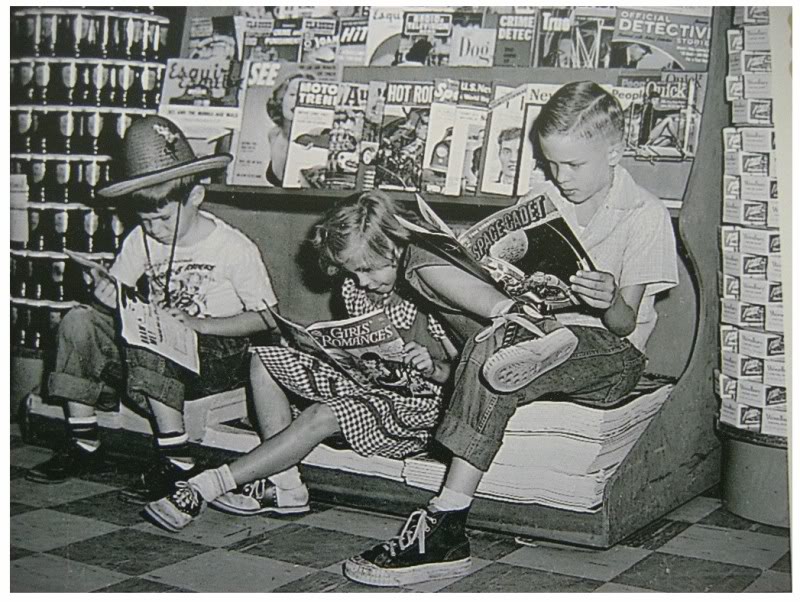 I think Diversity of genre in general  is a good thing. But superhero comics still dominate more than they should. More women and girls are reading superhero comics now, but if they want to read superhero comics, they have to tolerate this boys club attitude,comics that are often sexist and ugly.

And I don't just mean ugly in the content portrayed behind the covers. I mean outright ugly. If you're a kid, and you go to the comic store and you want to buy a comic about Supergirl--a super. girl. This is what you find: 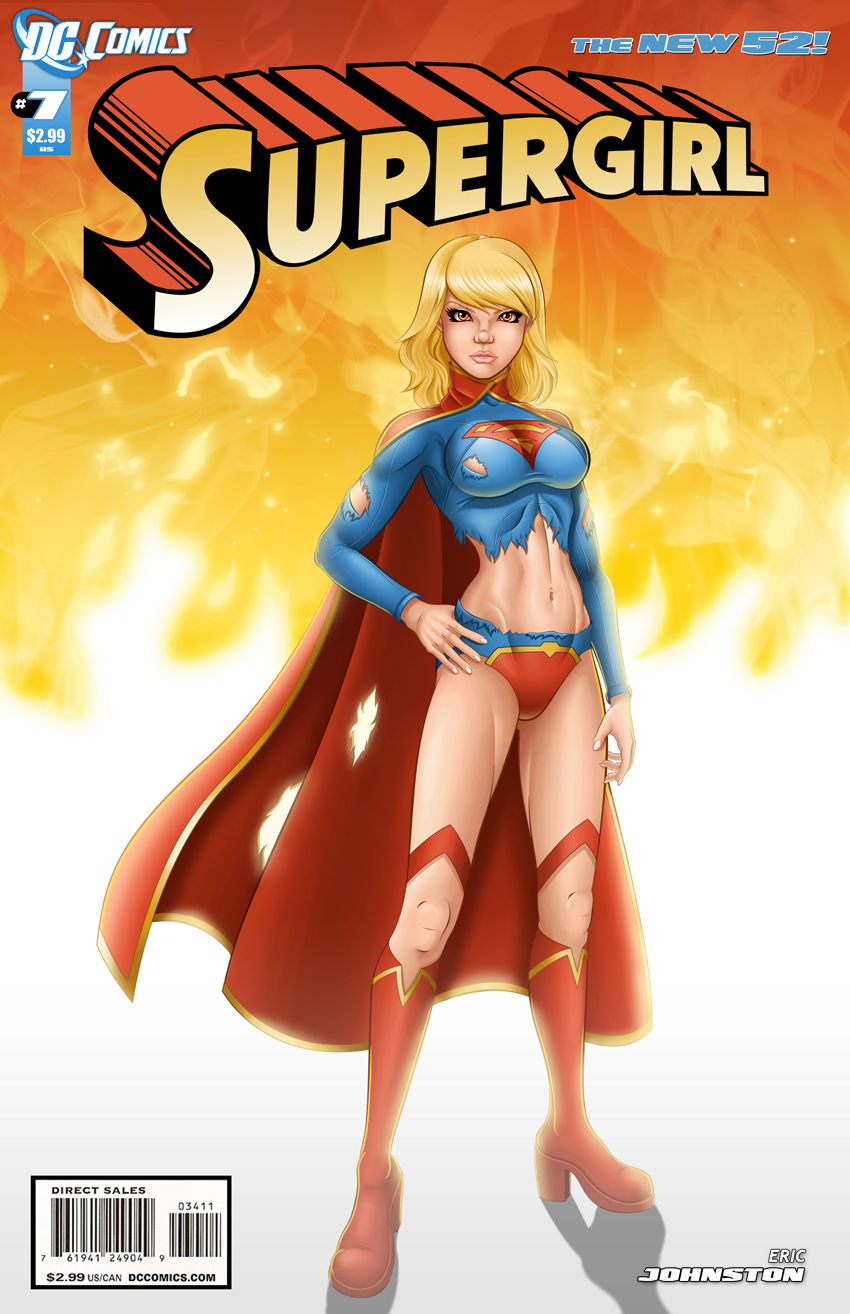 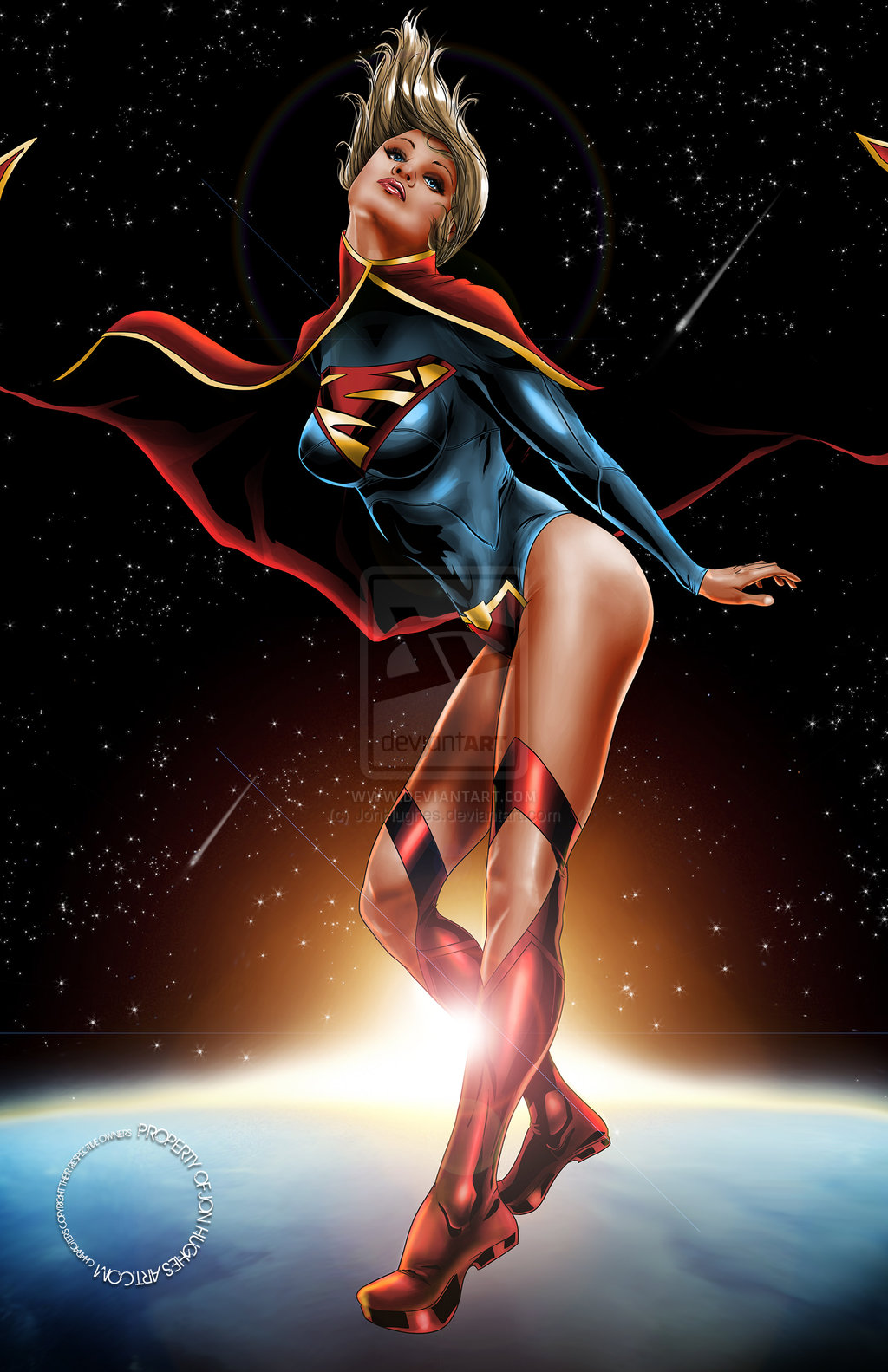 This is Supergirl. A girl with superpowers. But the message is clear: these comics are not made for you.

Despite this kind of sexism, girls have been proven to be more willing than boys to read comics with protagonists who are their gender opposites.This is true in middle grade and YA fiction--which tend to be more gender progressive--as much as it is true in comics.

Superhero comics are often criticized as male adolescent power fantasies to the extent that the phrase has become a default dismissal of the genre. But the truth is that they are power fantasies. And adolescents--both boys and girls, often feel powerless, and superheroes are a great outlet for those fantasies. And maybe some of the adults who read these comics feel powerless too. But adolescents and tweens shouldn't be excluded from a genre that was originally written for them. And it was written for them. Superhero comics were written with kid's in mind much for longer than they were written for adult men.

So now kid's--and girls-- are finally getting their own superhero comics in the form of Ms. Marvel. 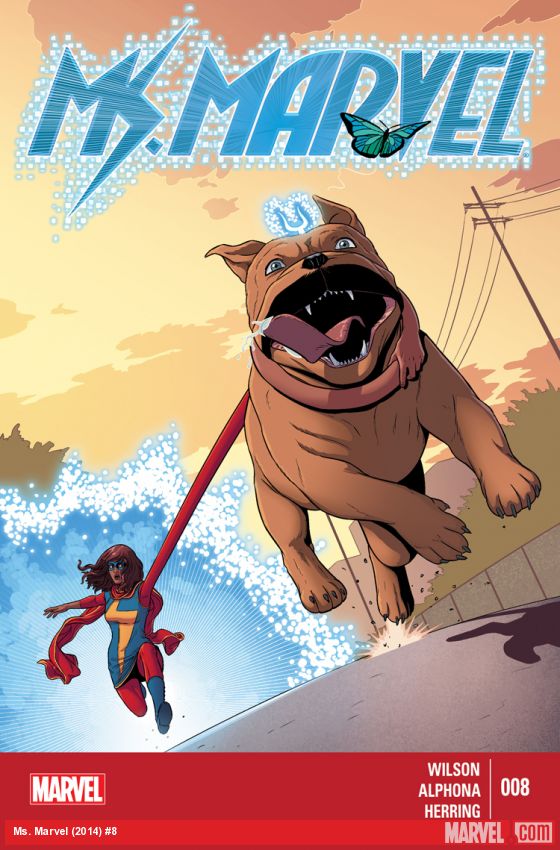 Ms. Marvel is about a Pakistani teenager who gets superpowers.But it's not about her being Pakistani. Or Muslim. Although that's part of it. It's a truly great superhero comic. 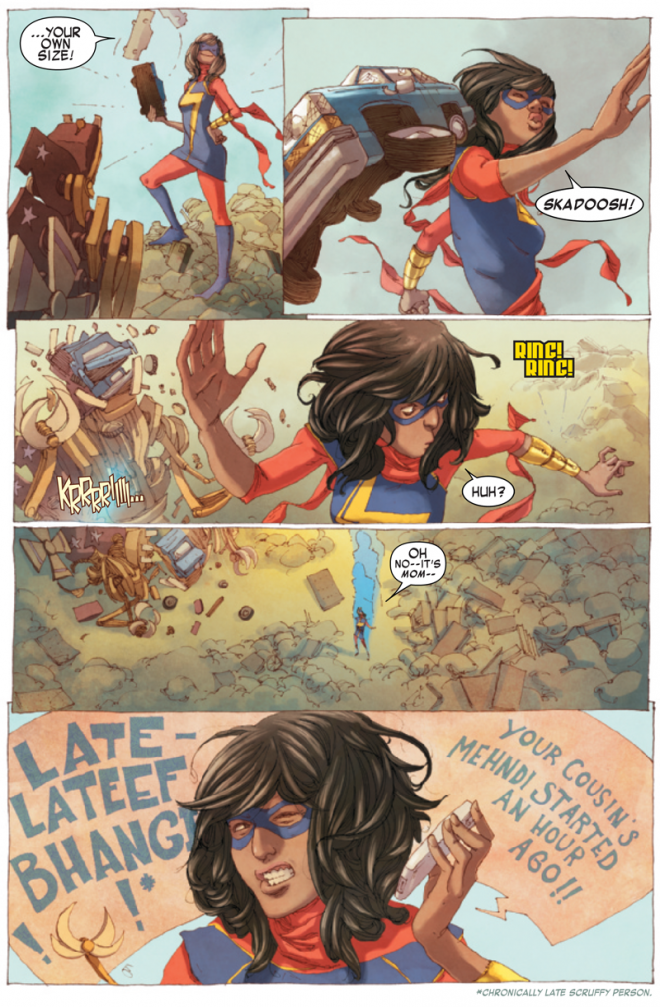 A lot has been made of her muslim/pakistani background, and for good reason. It's a glimpse into a culture that most of us Westerners aren't familiar with. But it's not a lesson, and it doesn't dominate the narrative, though the immigrant experience is an important part of it.She's very much who she is.And it's nice to see a superhero who isn't the white, male default. 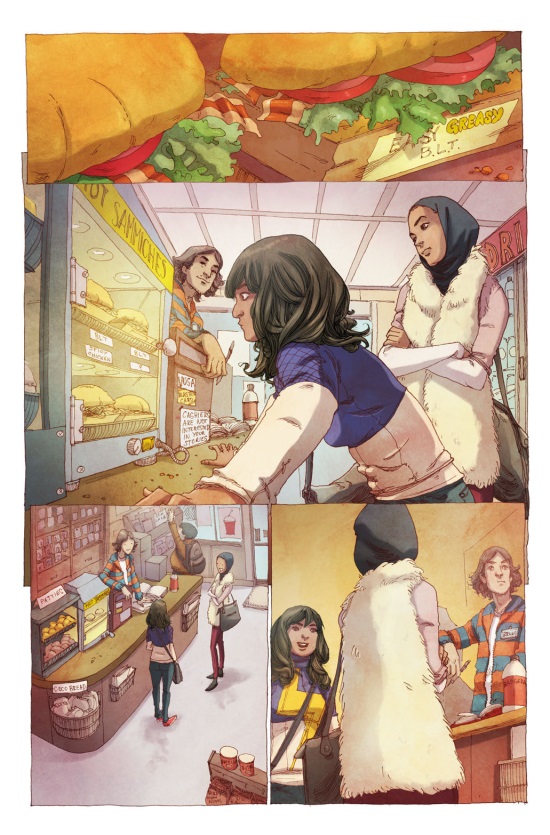 Why isn't Spider-Man written like this? Why have we lost touch with this core kid audience?

Posted by Jed Alexander at 9:08 AM