I'm doing an image for my upcoming show that involves turtles, and I'm doing some studies just to get a feel for them. Haven't quite got the shape of the shell right just yet. It curves and taper up at the front and a little at the back. 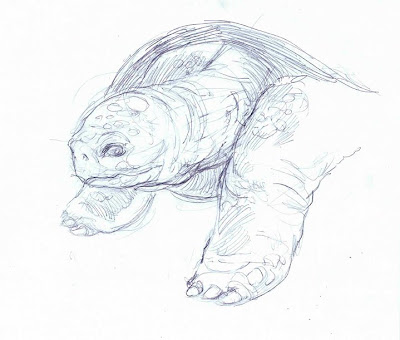 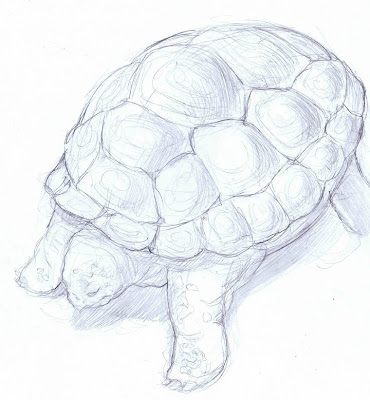 The interview on Art on the Red River went pretty well. It was a new experience for pretty much everyone involved, so no one quite knew what they were doing, but it ended up coming out well. It wasn't on actual broadcast radio --the only difference between this and a podcast is that it was originally aired live, sort of the equivalent of a tiny college radio station.

I've been in panel discussions at The Cartoon Art Museum and at The Alternative Expo, but this is the first time I was interviewed as the main subject.

Here's a direct link to a recording of the show:

Listen to me on Red River Radio.

It plays as soon as you go to the page and starts with a big obnoxious ad, just to warn you.

My part is about 20 minutes, and then Mike Dubisch is interviewed by Wade Zahares, a children's book illustrator and author. Mike is the husband Carolyn Watson Dubisch who interviewed me. all three of them are very talented, and Mike in particular has a pretty impressive resume, doing work for Star Wars and fantasy gaming.
Posted by Jed Alexander at 5:10 AM