Freelancing in Publishing, or Why Royalties Don't Make Artists Rich 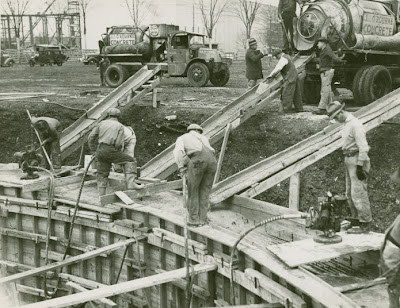 Why do freelance artists get all those wonderful royalties while other professionals get paid only a flat fee? After all, a plumber doesn't get a royalty for his contract work, and artist's who do freelance work are, like plumbers and construction workers, essentially independent contractors.

But artists for mass media aren't treated the same as other independent contractors because the product they're making hasn't been sold yet, and the people they're making it for don't make a profit until that product is sold. So many of us work for deferred payment. The payment we get initially is an advance. We don't get compensated for the complete value of our work until sales exceed the advance and we begin to accrue a royalty. And there are many many projects that don't sell past the artist's initial advance, or that sell in such small numbers that the royalty amounts to very little. Most of them in fact.

Imagine it this way: I pour the concrete for the foundation to a house and am given an advance that is well below the value of the work done. In exchange, you promise me a percentage of future rentals of the home. How much this will ultimately amount to is based on a number of factors that include fluctuations in the market, the potential that the house will go for long periods unrented, or worse, become abandoned.

Some artists will sacrifice royalty for a work-for-hire arrangement. They get paid a flat fee for work completed, no royalties or reprint rights beyond the initial contract. The publisher may use their work in any way they wish. The publisher could sell a million copies of a work-for-hire project and the artist will never see a penny more than what they were initially paid. The advantage for the artist is that they do get a guaranteed amount, but it can be llower than what the work may be potentially worth to the publisher.
To extend the metaphor: the contractor doesn't get paid for the true cost of what laying a foundation is worth, but they take the job because it's what is available to them. In this way, artists as independent contractors do no receive anywhere near the equivalent of what other contractors get paid. The average freelance artist does not make the equivalent of what other professionals--like housing contractors--make for their professional work.


So one of the best scenarios for freelancers in the publishing field is the royalty system. Deferred payment. It's a risky way to work, but it's the best option for most of us. We depend on those future potential sales--and they are POTENTIAL sales--nothing guaranteed--to make a reasonable income.

Yes there are rare occasions when  book is hugely successful and the artist or writer makes royalties that far exceed expectations. Or maybe they become known enough to receive a regular flow of royalties from books that have become steady sellers. Again, this is a small percentage of freelancers and authors, and most of them still aren't getting rich. We can't all be Dr. Seuss or Stephen King. Typical royalties are quite modest.

But the integrity and quality of the work isn't the same as the success and popularity of the work. You can put the same effort into one project that doesn't receive the same reward as another. This is the same in most professional fields. The best work does not always result in the best pay. Unfortunately, in publishing, the discrepancy can be be much greater. A popular book can outsell a steady seller or modestly successful book by very big numbers. An unsuccessful book can fail at the publisher's expense. And there are far more unsuccessful books than successful ones. It's a risky, unpredictable business all around.

Successful publishers are successful for a reason: they know how to stay in that middle range, publish more steady sellers, or at least, more books that make back their initial investment than books that fail, and those rare big sellers help considerably to buoy the rest of their catalog. They base their choices on precedent, professional instinct, magic tricks and blind luck. There's no way to determine for sure just what it was that made that hugely successful book so popular in the first place.

Getting published by a major publisher is no guarantee of success. You're still at the mercy of a mercurial market, but advances tend to be higher than smaller presses, and your chances are just a little better of getting future royalties. But don't expect a windfall.

Posted by Jed Alexander at 4:30 PM