I recently redid the original drawing that inspired my book in progress, Ladybug and Gentlemen Beetle as a cover for the Book Dummy. The dummy is a mock-up of the book to give the editors an idea of what the finished book will look like. It's composed of all the illustrations roughed out, with a few finishes. Here's the original: 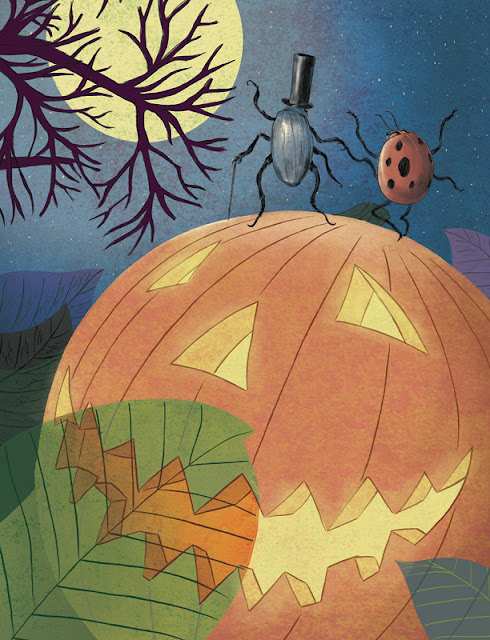 The first thing I did was redraw the original images of Ladybug and Gentlemen Beetle to match my new character designs. The changes were minor, and so I was able to use some of the original coloring and modeling that still existed on a layer in the original Photoshop file. 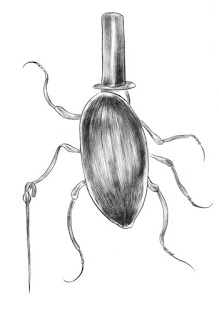 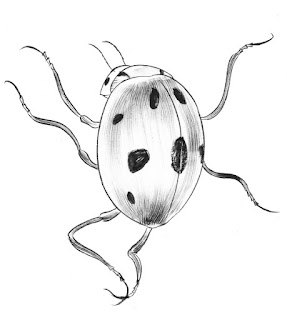 I zoomed in, got rid of the branches to make room for the lettering. I also took out the light coming from the moon so the lettering would contrast more with the background. The lettering is hand drawn. To make the lettering look spontaneous, but still deliberate and clean, I draw each letterform numerous times until I get the lettering I want. I want the lettering to be distinct with its own identity, so it doesn't look like any other title lettering that I've done, but is still in my style. The lettering is done with cheap rough brush from Michael's to give it that hand-painted look. 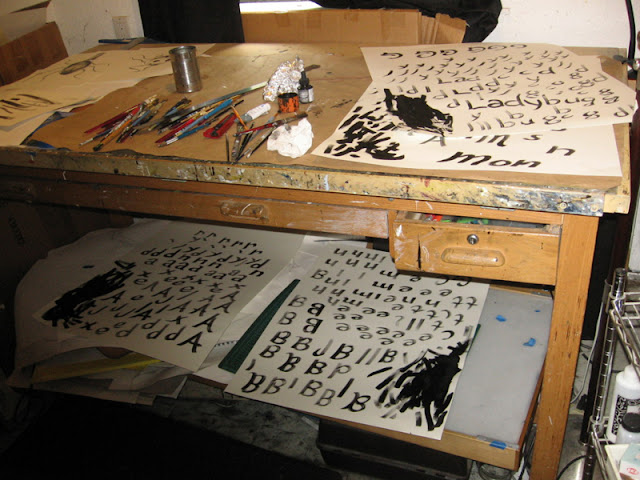 And here's the finished cover: 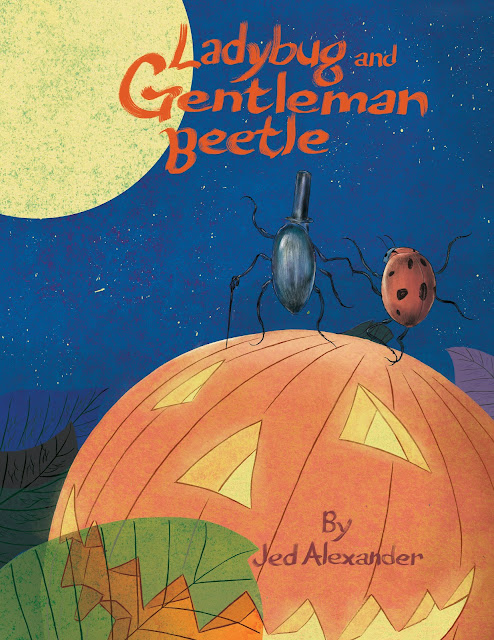 Inevitably they're going to want to go with a different cover for the finished book, but this should do nicely for the dummy. Already I'm thinking that I want the pumpkin to be a bit more modeled in the finished book, with more natural texture, but at this point I think it does the job it needs to.