Update: was out of town for a couple of weeks (more on that later) so I'm just now getting around to posting this.

This is a cover and some interior illustrations for The Sacramento News and Review. Andrew Nilsen was the art director--he was very easy, and very accomodating--the only stipulation was that I include a green brain in the composition. The headline was "Re-Thinking Green". I'm not sure if I came up with the best solution but here it is: 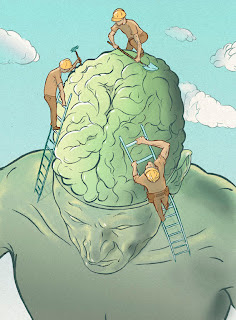 This is my favorite portrait of the three: 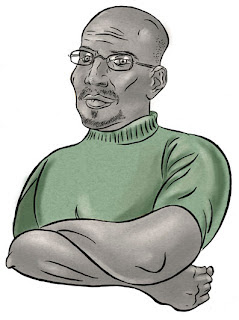 Its the first time I've applied a combination of pen and brush work to my illustrative figures, and I like the lines. They seem kind of Hirshfeldesque to me. I like the sharpness of penwork, and I'm including pen more and more in my work.

These two were a little less sucessful, but more or less resemble the people they're meant to. The theme was "different shades of green" which is why I decided to go black and white with the fleshtones. I thought it would be nice and graphic, and there would be continuity on the page. 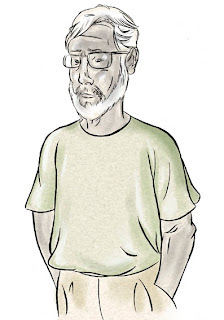 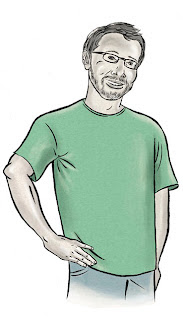 Another update: Nilsen gave me a very gracious call after all was said and done, saying that the writers editors and subjects were pleased with the results. I don't usually get calls like these--usually its just a "thanks" or a "good job" and the checks in the mail, so that was very gratifying.
Posted by Jed Alexander at 7:16 PM 1 comments