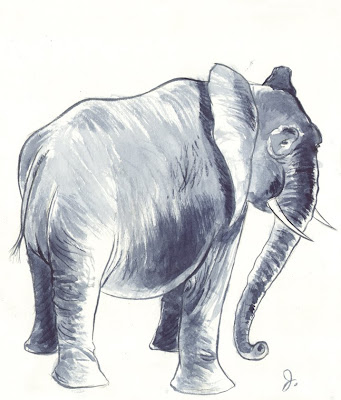 So this time we had a sort of "set list", and broke everything down into short poses and long poses with a timer, going strictly by the list. I recommend this approach. It maximizes the time since less time is spent deciding what the length of the pose is going to be, or when the break is supposed to be over.

So this is a 5 minute pose:

A 20 minute pose (probably my favorite drawing of the night): 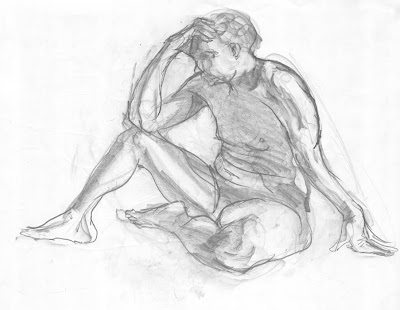 And the long pose, about an hour and a half. 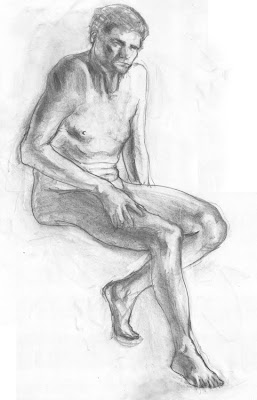 I try not to waste time on drawing the chair he's sitting in or any other details in the room, just concentrating on the figure. Again this one is a little stiff, but it's got some nice tone in it.
Posted by Jed Alexander at 5:59 AM 0 comments

The Voyages of Doctor Dolittle

This is my third in a recent series of illustrations based on classic children's lit. This is done with ink, scanned watercolor textures and digital media.

Hugh Lofting's The Voyages Of Doctor Dolittle is probably the best of the Dolittle books, but was racially insensitive in a way that was typical at the time, which is unfortunate, because otherwise it's a fun and imaginative book that deserves its classic status. The problematic character is Bumpo, The African prince.

There's a very even-handed summation of the book and it's controversial content:


There have been attempts to revise the text to make it more sensitive for contemporary audiences. Some comparisons between the original text and an updated version can be found:


I've included Bumpo, but have tried to portray him without the stereotypes in the original illustrations. He's pictured here with his trademark green umbrella: 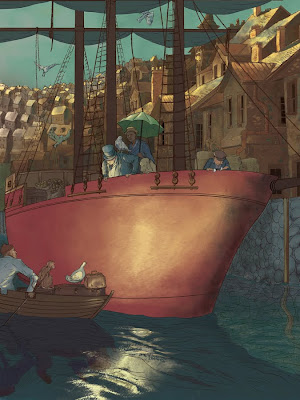 And here's a detail with Dolittle, Polynesia the parrot, Bumpo, Jip the dog and Tommy Stubbins: 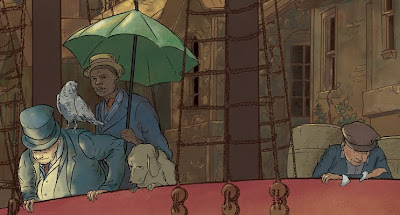 And another detail of a sailer arriving in a rowboat with Chee Chee the monkey and Dab Dab the duck. 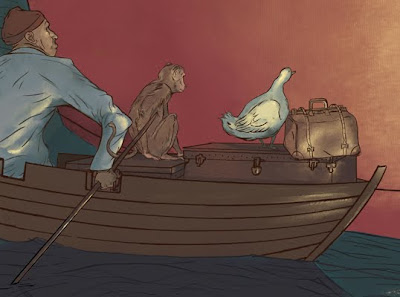 And here are some of the inked drawings of the figures drawn separately from the background and later composited into the drawing: 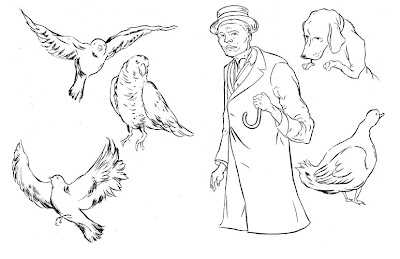 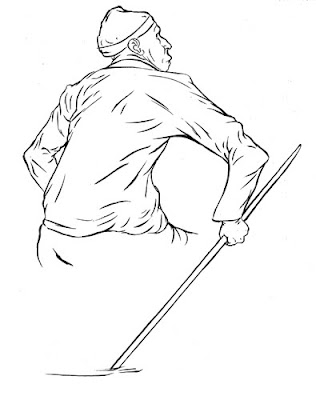 These are more figure drawings from the thursday figure drawing sessions at The Natsoulas Gallery. I apologize (in advance) for the bad digital photos. I need to light these better before I take them.

There was also a long pose, but with longer poses I'm often too fussy, so you won't be seeing that one.
Posted by Jed Alexander at 5:59 AM 4 comments 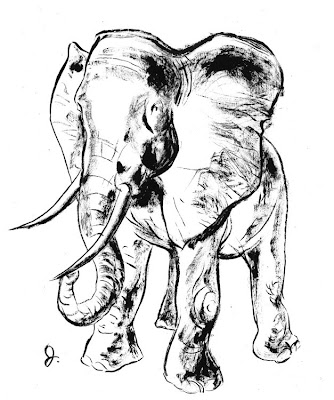 "Crimefighter and Two Others" Cover Preview!

My new comic, "Crimefighter and Two Others" will be available on my website and at The Alternative Press Expo in San Francisco in late October! Here's a preview of the cover: 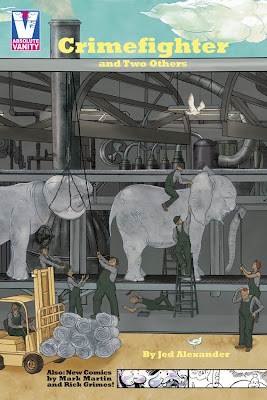 This will be a self-published digitally printed book, with Mark Martin's amazing "Absolute Vanity" logo on the cover!
Posted by Jed Alexander at 6:45 AM 1 comments

This is one in a series of 100 elephant drawings and paintings. This will take a while. It was done with an Esterbrook 355 pen nib. 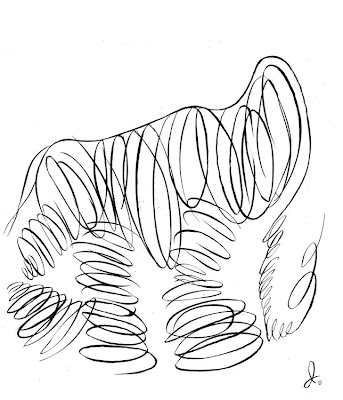