These are studies for the Toomai picture I'm currently working on. Kali Nag is the star of the show, and I wanted to give him a distinct personality. Also Indian elephants are different than African elephants--smaller ears, two humps on the head instead of one--something I never particularly paid that much attention to before. Also Indian elephants sometimes have these spots, sort of freckles on their trunks and ears, and I decided to give him these markings. 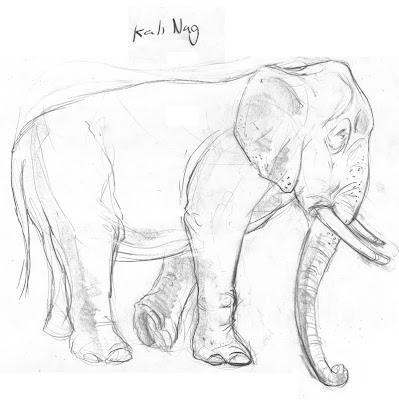 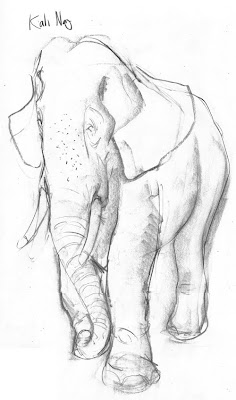 In the story, there's a brief mention of Kali Nag batting an attacking wounded tiger away with his head. This is a sort of flashback, and through most of the story he's a very old elephant, and I thought this was a good opportunity to focus on what a bad ass he once was. This was also an opportunity to expand on an image that wasn't very detailed in the prose. I had to figure out tiger anatomy, and so I did a few studies to get a better sense of it so I could put the tiger in action. I found some actual footage of a tiger attacking an elephant rider on Youtube which was helpful. I also have an excellent book on animal anatomy, Goldfinger's Animal Anatomy for artists. 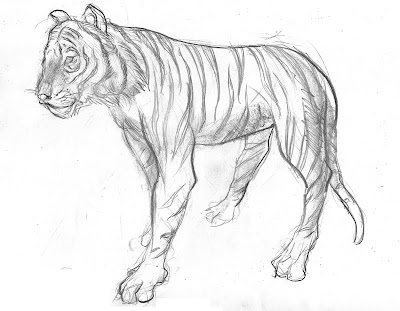 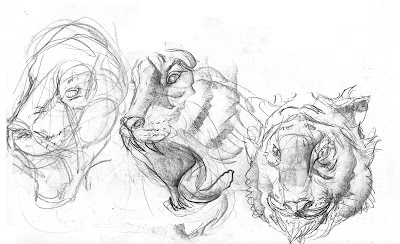 This one is from the same night. I convinced myself that this drawing wasn't any good. I've since changed that opinion. 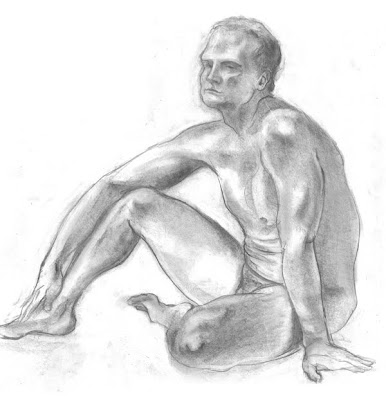 I'm noticing the arms a little out of proportion, but I still like the drawing.
Posted by Jed Alexander at 1:44 PM 0 comments

Here's a drawing from our every other wednesday figure drawing group.

I'm not quite ready to show the good, the bad and the ugly yet, so this one was the only one I was really happy with. It has a nice sense of weight. 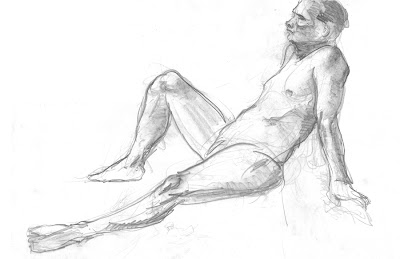 Posted by Jed Alexander at 3:32 AM 0 comments

Haven't posted anything in a while so here's a self-initiated (the first of three) illustration for Rudyard Kipling's Toomai of the Elephants in progress. Inks are done. This would be a double-page spread and the text would be to the left, so the whole spread would be wider than this. 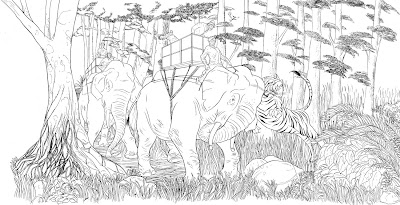