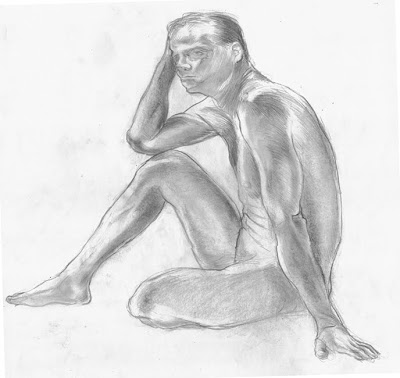 I missed a meeting so it's been a while. I'm pretty happy with this one though.
Posted by Jed Alexander at 8:19 AM 2 comments

I'm going to be appearing with a number of other local cartoonists at Bizarro World's new location for their grand opening on saturday the 23rd at 6:30 PM! Bizarro World is a comic shop owned and operated by Dan Urazandi and his son Xavier Urazandi. The new shop is a much larger, new and improved location. For those familiar with Davis landmarks it's located at 223 E Street, the former location of the long vacant Bogey's Books. Dan also sells LPs, games, sci-fi books and even has several old school stand-up video games. I also designed a new logo for the store which will soon be stenciled on the window as their new permanent signage! Here it is:

I've done logos before but never anything quite this prominently displayed. I've always loved Dan's store so I consider it an honor.

More info about Bizarro World and their grand opening here:

Bizarro World.
Posted by Jed Alexander at 5:45 AM 0 comments

So I'm going to have two pieces in the new works show, the previously posted Frog and crow. Here's the Pence's site:

Though all mention of the show seems, at the moment, conspicuously absent. So I will not be in the Community Hang-Up mentioned on the site but the New Works show in the upstairs gallery. The reception is this friday.

Free beer will be provided by Sudwerks.
Posted by Jed Alexander at 5:56 PM 2 comments

I'll have a table this weekend at Indy Euphoria at The Scottish Rite Center in Sacramento!

EDIT: As you can read in the comments, Jim Woodring won't be appearing, and he will be missed.

Here's a small sample of his work anyway: 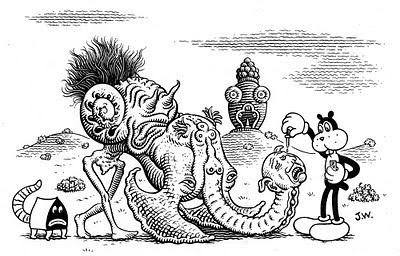 So Eileen from the Pence was so happy with the bird I made her she gave me a few of her own very lovely ceramics pieces. She also asked me to make some drawings for the gift shop and two for a show that will be hung this weekend. I said how about a frog and a bird? And she said that sounds good, and that people like crows. What can I say? I do as I'm told. This is what I have so far. I decided on the first frog rather than the second for the show. 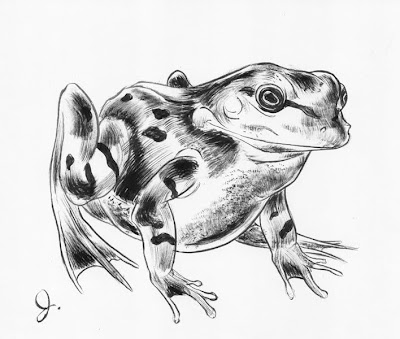 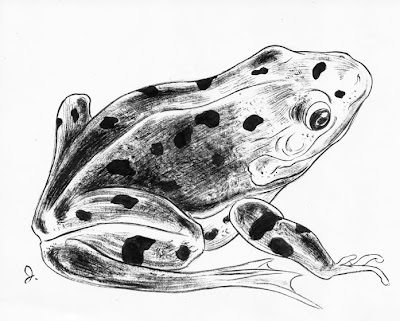 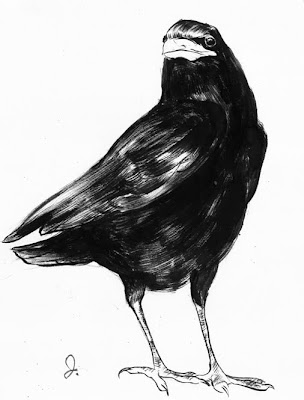