Genre, Forms and Marketing Terms in the YA and Children's Markets 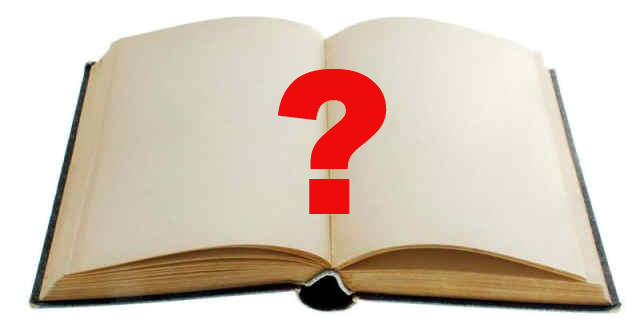 I frequently hear people refer to picture books, graphic novels and YA fiction as genres. So to clear this up once and for all, here's a cheat sheet:

A form refers to what the thing is, not what it's about. Not its content, but how that content is delivered. Its format.

Genre is a way to categorize stories by content usually based on the tropes and conventions that distinguish them.

Fiction that doesn't fit in a particular genre is by default referred to as "literary fiction" but this doesn't necessarily make genre fiction any less literary. In the past if you wanted to write literature with a capital "L" it couldn't contain genre tropes, but this is changing.

Non fiction genres would include history, biography, autobiography or anything in the realm of the arts and sciences that you could put a general category around.

Genre can also be discussed in terms of form, but in a story sense rather than in a format sense. This has  more to do with structure than category.

The true picture book is equally dependent on words and pictures. Take out the pictures and it wouldn't make any sense. Some picture books work just fine without any words at all. Picture books like comics fall within the general area of sequential art--stories told with pictures set in sequence.

Storybooks, and there are fewer and fewer of them these days, are illustrated prose, but with lots and lots of pictures. Storybooks fall into a looser formal category because some of them can just as easily fall in the realm of novels or illustrated short stories.

Nothing to add here. I just thought it needed to be said.

This is how you categorize books in order the sell them. The difference between a genre and a marketing term is that marketing terms don't necessarily dictate content. Note: I said, "not necessarily." Sometimes genre in itself can serve as a marketing term. But what I'm referring to here specifically is terms like "Young Adult."

Young Adult Fiction is any fiction that contains characters in their teens as protagonists. This does not necessarily refer to the sophistication of the writing, and does not refer to genre. It can refer to reading level--young adult tends to be written at a higher level than middle grade or early reader--but not necessarily.

Middle Grade Fiction is a marketing term for books written for ages 8 to 12.

Early Reader and Early Reader Chapter Books are books written for ages 5 to 7. These are the earliest books for young readers that have chapters in them.

And here's the kicker: Graphic Novels are actually, believe it or not, comic books. There's no real page limitation, it's just a self-contained comic book with a beginning, middle and end. In fact, even that might be stretching it. This is simply a term used by booksellers to sell any comic book that is not in periodical form. And just as comic books aren't necessarily comic, or books, graphic novels aren't necessarily novels, and just what a novel in comics form might be is a contentious debate that I don't even want to touch here.

So there you have it. Not a genre, and not exactly a form, since a graphic novel could be just as easily the equivalent of a short story as a novel. Maybe even a poem. The term makes all of this all the more confusing to the new initiate, and has caused a lot of eye rolling from a lot of frustrated cartoonists who have long been ambivalent about the term.

How the Marketplace has Changed How We Read

There's been a recent push towards getting kids to graduate more quickly from picture books to chapter books. The storybook, the natural intermediary has gone out of vogue. There's more of a concentration on getting kids to progress developmentally than to have them simply read good books. Books with chapters and more words somehow equal a greater level of sophistication, when this isn't necessarily the case at all. Some of the best picture books have very advanced vocabulary, especially those that were written before the last decade. Picture books can be some of the greatest literature there is.

More recently word counts for picture books have diminished. 500 to 700 words has become the standard. Chapter books and Middle Grade books follow a similarly rigid format. These formats are so specific that books like Winnie the Pooh or anything at all written by Beatrice Potter are hard to market strictly on the basis of format in the current environment. It's telling that there are so many modern versions of these stories abridged to match the current industry standards. Look up Peter Rabbit and you'll find anything from board books for toddlers to picture books that contain simple variations on Potter's text, sometimes replacing Potter's illustrations with illustrations that look more contemporary. The Potter originals are thought to be a hard sell not because of how well they might hold up to a contemporary audience but because they don't fit in with a publishers Early Reader list. They're not the right word count. They can't put a "for ages 5 to 7" sticker on the front

On the plus side, the quality and sophistication of content of the young adult book has expanded dramatically, particularly in the fantasy genre due in large part to the success of Harry Potter, technically a middle grade book. When I was a kid there were few books around for the YA fantasy market as sophisticated and progressive as A Wrinkle In Time. Now I could name dozens. The appeal of these books has widened and they've even garnered a considerable adult audience. now YA, or at least YA fantasy is one of the few growing markets in fiction.

So kids, especially teens are reading, and reading more. There's a whole new generation of enthusiastic young readers. But the market place, at the same time, has become more conservative, and readers expectations have become more specific. We'll see what happens.