A Brief Thought About Character and Setting

We were discussing on Google+ recently about how much setting serves to establish character in a story, or just how important setting is.


Setting in a lot of ways has to do with how your characters react to things, rather than the things themselves, which isn't to say that character alone determines setting, so much as voice determines setting. And voice doesn't have to be the literal voice of the protagonist or omniscient narrator , but an overall feeling of coherency. Character and setting flow naturally together in a consistent way when the voice is consistent.


Sometimes you change narrators in a story to tell the story from a different perspective, but if you also change your underlying voice, you change the readers perception of both setting and character. It's a change in tone. it's Huckleberry Finn vs. Tom Sawyer. You're taking the reader out of one world, and putting them into another. But if there's an underlying voice throughout the narrative, a consistent vocabulary and tone, you can change point of view without breaking the illusion of a consistent environment, an objective world that exists and continues to exist outside of the individual character's perceptions.


Edit: of course both approaches can be equally useful, but the question you want to ask yourself is: is it purposeful?  Is changing voice going to add something meaningful to the story?
Posted by Jed Alexander at 10:58 AM 0 comments

Kid Drawing for Work in Progress

THis is a kid drawing for a Christmas card. I'll probably post the full image in the next day or two. I'm pretty happy with it so far. 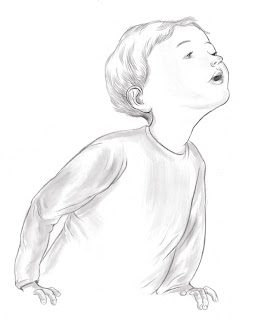 The Art of Dmitry Sandzhiev

I know next to nothing about Dmitry Sandzhiev, but someone posted his work on Google+ and I was able to find some excellent examples of it online. This is the image that first caught my eye: 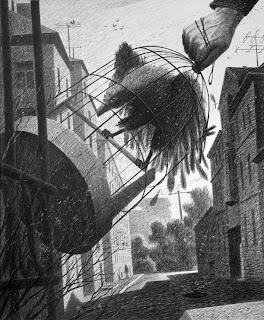 I'll let the rest speak for themselves: 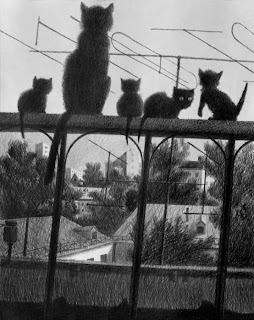 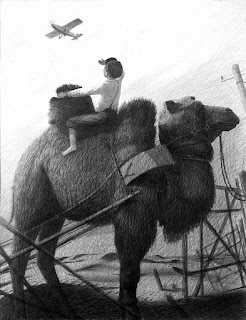 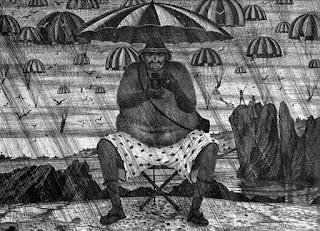 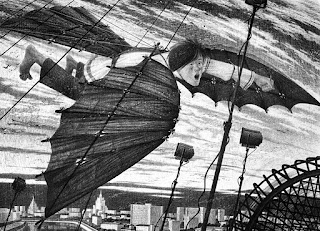 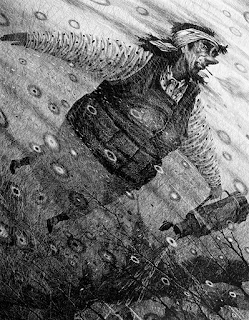 Posted by Jed Alexander at 6:21 AM 0 comments

We had a great model last night, a retired physics and music professor who did some really fun short poses. The first two are longer poses, the the last one is one of his dramatic poses. 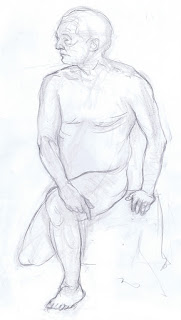 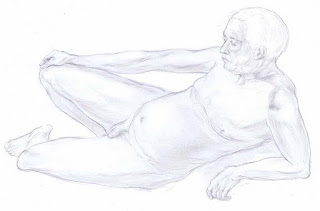 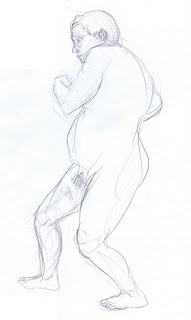 Posted by Jed Alexander at 9:37 AM 0 comments

This is the background for this years Christmas card. I went with a looser approach to the perspective--when the perspective isn't quite so dead on, there's a much more organic feel. This is how I'd like to approach perspective in the future. I think it has a lot more character this way. 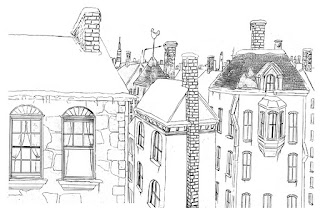 Here are some silhouettes I did for a background for a new image. The trick with silhouettes is to treat them just as you would any other drawing--a generalized or abbreviated silhouette will be noticeably unconvincing. The trick with trees in particular is to avoid repetitive patterns. Even though the bows and limbs of certain varieties of trees have a unique growth pattern, each branch and leaf is unique. The more cookie cutter you draw them, the less real they'll seem, so it's important, even when drawing trees from your imagination, to be conscious of keeping the leaves and limbs diverse. 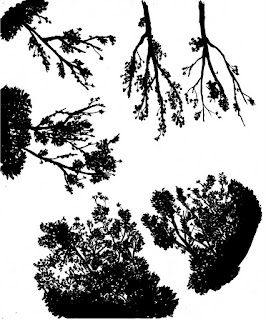 Posted by Jed Alexander at 7:54 AM 0 comments

Woman in a Japanese Kimono

My posts have been a little more infrequent--I've been so busy making pictures I haven't had a chance to post them. Here's part of a work in progress, a woman in a Kimono. 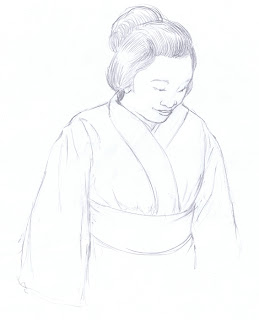 Also I should say that the earlier post, admittedly, isn't really a pegasus, it's a centaur, but eventually it will have wings, so it will be a little bit of both.