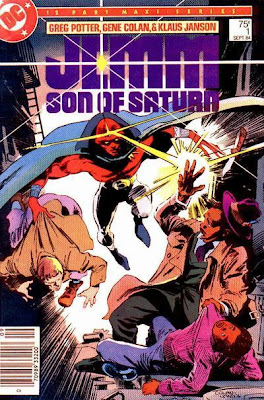 It was given to me by my stepbrother Ben, the son of my dad's new wife, bought with his own money for my birthday.

The story went like this: Jemm, an alien naive to our ways, lands on the planet and befriends a young boy, who is portrayed as a stereotypical African American street kid. The attempts at ethnic dialogue were stilted and a little embarrassing, even to my kid self. I later determined that the comic was a no good, a poor rip-off of ET. It was one of many convenient excuses that allowed me to decide that my new stepbrother was unacceptable. Kids can be ruthless. It took until I was an adult to truly appreciate Ben, at the time, a very earnest and sweet kid, and now a great father, with better taste in comics than I gave him credit for. But whatever feelings I had for my stepbrother at the time, they didn't stop me from secretly loving this comic, even though officially I considered it uncool. 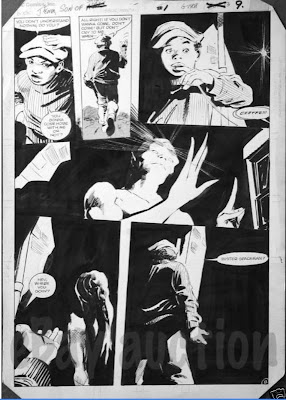 Look at all those lush blacks! It's a really cinematic treatment, boldly allowing most of the scene to be in shadow. Often this was the disappointment of many of the comics at the time: the story never quite lived up to the art.

I remember later, after Ben had lost interest in comics, he gave me a big stack of them, and among them was a Little Shop of Horrors one-shot, based on the movie. It was my second Gene Colan comic. 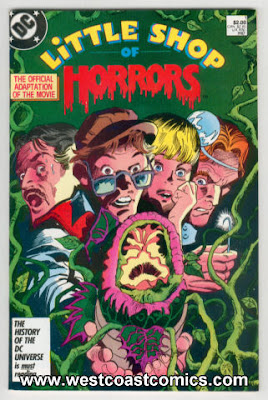 This was also determined to be uncool, though I secretly decided it was gorgeous. Here's a page: 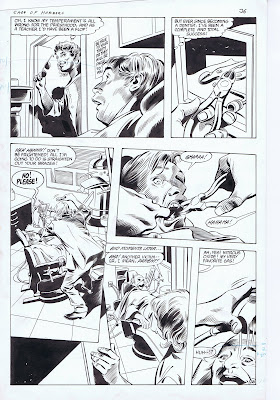 There were many great and treasured comics in that stack, this among them, and my comics meant a lot to me, providing a lot of joy and company during a tough childhood. So if I didn't thank him at the time, I thank you now, Ben! Thanks to both you and Gene Colan for all the great comics!

But back to Gene Colan:

Gene's probably best known for his work on the comic book version of Dracula: 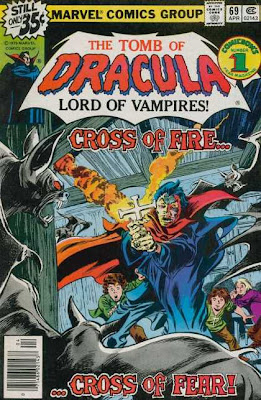 His work before this on Daredevil often seemed rushed. Comparing the Daredevil work with a job he did in the 50s for EC's Two-Fisted Tales, it's clear that he was capable of better. It really wasn't his fault: the pressure at Marvel comics to churn it out took precedent. Not only was there a demand to get the work finished on a tight deadline, but it was work-for-hire, and he got paid by the page. It was a dilemma that faced a lot of cartoonists at the time. In a job with little prestige and recognition and low pay, if it was between quality and a paycheck, the paycheck won. But even rushed Gene Colan is pretty beautiful.

With Dracula, however, Colan had found his element, a book he was truly excited about doing, and it shows.

The practice at the time was for other artists to apply ink to the penciled pages, but looking at Colan's uninked pencils, it was clear that no inker really did him justice. He used a very painterly approach with the pencil, and in more recent years, savvy comics publishers took advantage of better printing techniques to reproduce his art straight from the pencil art. Here's an example of one of his old penciled pages before inks: 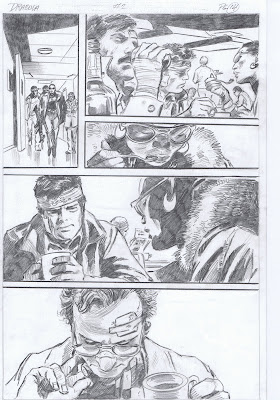 It's a meticulous job, a finished piece of art in itself, and an incredible shame that he couldn't ink the stories himself, since he was a great inker as well.

Inked, it was still Colan, but something was lost: 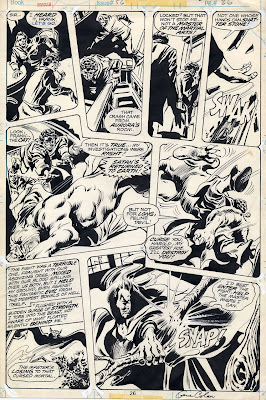 He did have an opportunity to ink his own work in a story he did for Blazing Combat in the 70s, and the love and care he took with this story, showed. Click on this spread below, to see a nice big scan of Colan at his best: 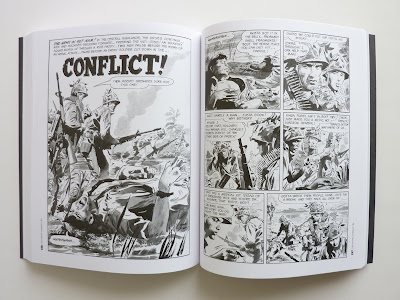 Here he uses ink washes to bring out some of the more subtle tones of his pencils, and the effect is striking.

But Colan's work only got better with age. Before his eyes began to fail, and once his work could be reproduced as it was originally drawn, Colan did some of the best work of his career.

This is from Colan's last published work, an issue of Captain America: 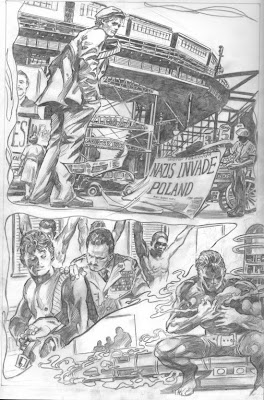 Marvel's indifference to the people that built its company over the years was further demonstrated as Colan's health began to fail. Being a freelancer means no pension and no health care. Daredevil movies, Daredevil lunch boxes, and Gene Colan is in the hospital, medical bills stacking up. But the comics community, the one that counts, the fans and artists who admired him, came to the rescue. Because of the efforts a writer named Clifford Meth, auctions were held and other artists in the field donated their artwork for the cause.

Gene Colan later became a great influence on me as an artist, and whenever I try to do a scene with lush blacks and shadows, Colan comes to mind as an inspiration.

You will be missed, Gene!
Posted by Jed Alexander at 6:34 AM