The Longest Winter For Cricket Magazine!

This month's Cricket Magazine features a story called "The Longest Winter" by Pamela D. Guaci, with illustrations by me! The story is about two Inuit brothers who go on a seal hunt. In this one the younger brother dreams that he's a seal, struggling to get through to the surface:

This one shows the distance between the two brothers:

They bond through the hunt, imagining their father, who had recently died, smiling over them. 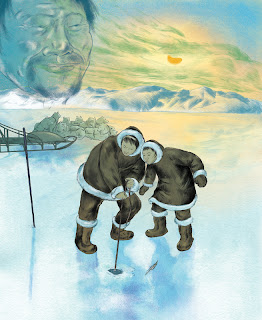 Like the last piece I did for Cricket, these required a lot of reference. The first challenge was to try to draw a harp seal. Unfortunately there weren't many pictures of swimming harp seals on the web. Here was one of the few I was able to find: 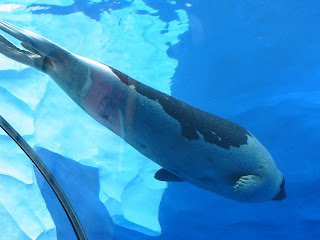 But it wasn't quite enough to really get a sense of what they looked like in motion. So I found more reference for a seal that looked similar who lived in a warmer climate, the monk seal. 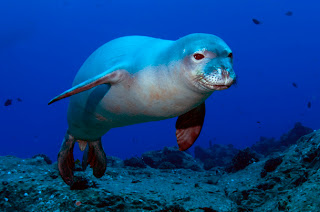 So I found pictures of monk seals, watched videos on Youtube, added a little blubber, and whoola! I had a harp seal! For my Inuit reference I watched everything from the classic documentary Nanook of the North: 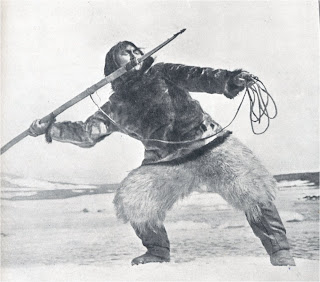 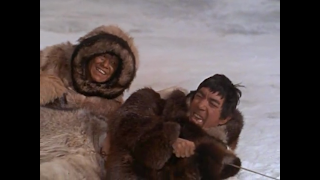 But these were Inuits from Greenland, and I was drawing Alaskan Inuits. So I did eventually find more authentic reference for my Inuits, and took a few photos using the timer on my camera for some of the harder poses: 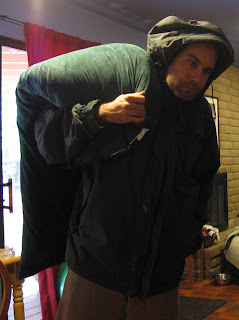 I also had a student of mine do a few poses, but ultimately, I only use photos to get a general sense of the pose. When I draw directly from the photo my drawings tend to look a little stiff, so I try to reinvent the figure in the drawing.


These were the sketches I submitted to Cricket: 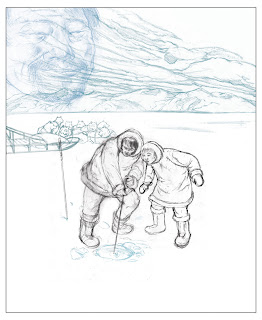 The art director, Karen Kahn wanted me to make sure the horizon faded out as it met the sky in the second image, something I could resolve in the color stage, and for the third, she wanted the hole in the ice to be smaller and more of an uneven shape. She also wanted me to show the tool made out of a bone and feather that the boy uses in the story. These changes were easy enough to make, and they were happy with my solutions.

Not long ago, I received an e-mail from the author, curious about how I had handled the story. I sent her the images and was gratified to hear that she was very pleased with them. So hopefully I got most of the details right! And here's the magazine, with a great cover by Heidi Younger: 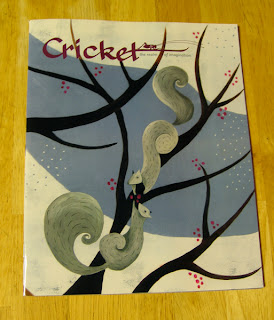 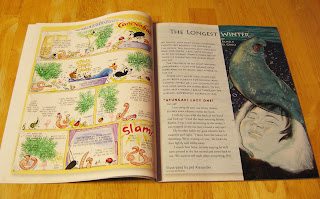 Posted by Jed Alexander at 3:20 PM