A
So recently I completed an image for my book in progress, Ladybug and Gentleman Beetle. I wasn't completely sure about it, and sometimes its good to have a second set of eyes, so my friend and fellow illustrator Kris Aro McLeod Had a few suggestions. For one, she thought the knot in the wood was a little distracting, So this was the first version: 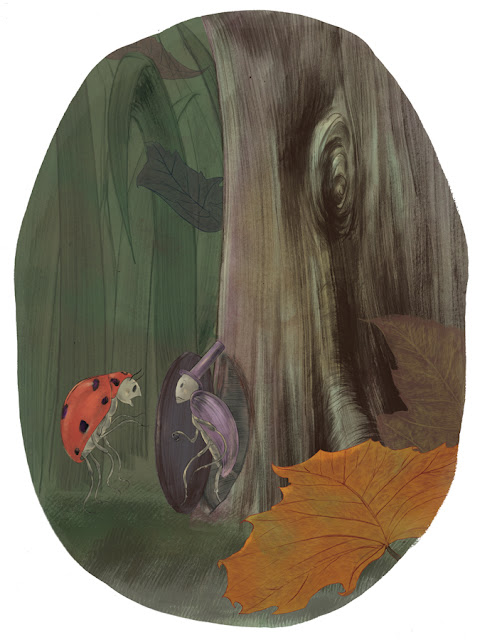 I gave it some thought. I had fallen a little bit too in love with that tree, and I liked the knot, but she was right. I also thought that maybe it would be better to have the figures of the beetles larger in the frame, since, as an early reader book with smaller pages than a picture book, they would print very small otherwise. So as much as it pained me, I cropped in a little more, but I didn't want to lose those leaves, so I moved them in a little closer. And here's the result: 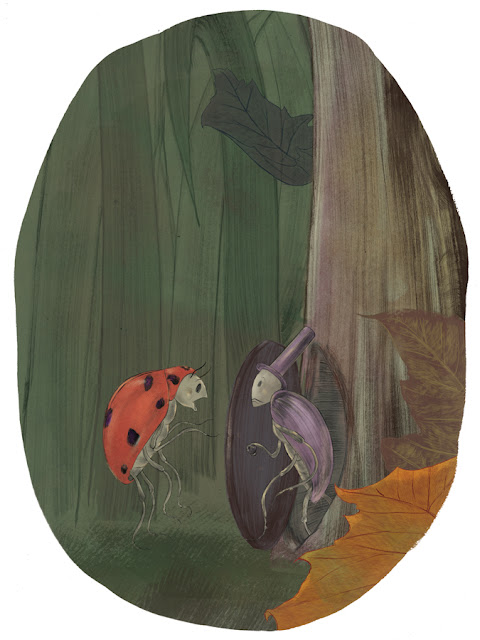 So here's the full image. I usually give myself a little extra room on the edges just in case, but never quite this much room, because I didn't anticipate the crop. I work pretty hi-res, so it's not an issue to make the image larger, and everything was drawn considerably larger anyway. 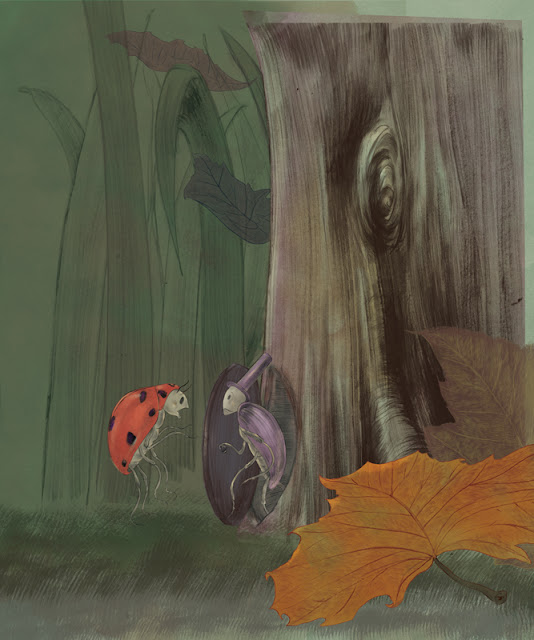 So this was the original shape that I cropped into. It's simply a shape I painted in ink and darkened on photoshop.  With some photoshop magic, I was able to make the image conform to the shape. Maybe I'll describe that process in another post, but right now I have to put some ice on my back. I'll probably be better by monday! 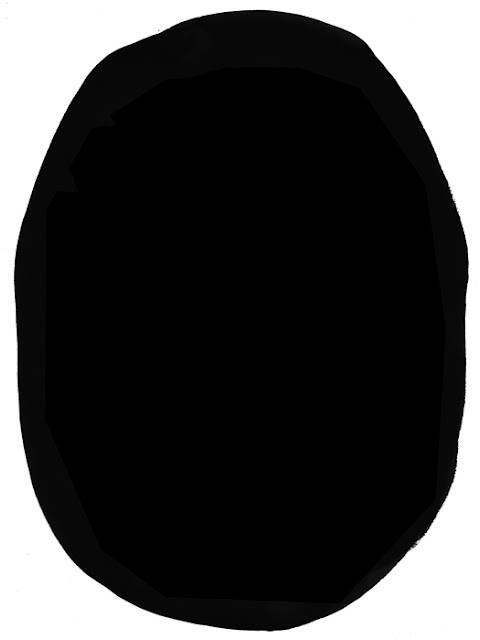