Recently I wrote what I'm confident is a good book. When my agent submitted it I got the most glowing rejections I've ever received. It's not over yet, I'm still waiting to hear from a number of publishers, but it's a frustrating situation made all the more frustrating because of the praise its been receiving.

The principal reason the book was rejected? It didn't fit within their catalog. Too long for an early reader book, too short for a middle grade, they didn't know where to place it. Despite the fact that the format, vocabulary and length is no different than the perennially popular Beatrix Potter books that inspired it, they didn't know what to do with it.

I don't mean to sound bitter. It's not the editor's fault. This is the reality of the marketplace. It's how they sell books, and it's worked well for them. Adults use this system to find age appropriate books for their kids. And in the end, publishers need to sell books that parents want to buy.

These terms, "early reader" and "middle grade" are not arbitrary. They relate specifically to something called The Flesch-Kincade Reading Level Scale. It was a system first developed in 1975 to determine the readability of military technical manuals. The scale rates readability by grade level. It's been used in education for decades, and more recently, in marketing books for young readers. There's even a setting on Microsoft Word for determining a Flesch-Kincade score. It can be a great tool to determine the clarity of your writing if you're communicating to a specific audience.

Dr Seuss and Dick and Jane 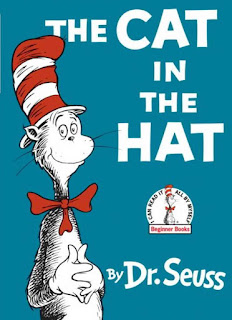 Before Flesch-Kincade, Dr. Seuss created a book especially for beginning readers as a response to an article written by John Hersey in Life Magazine in criticism of beginning reader primers like Dick and Jane, a series of books that were notoriously bland. The Cat in the Hat used a vocabulary that involved the same repetition and single syllable words that the Dick and Jane books employed, but was anything but bland. The Cat in the Hat was released in 1957 and was an overwhelming success. It spawned not only a sequel but an entire series of beginning reader books from Random House by different authors overseen by Seuss. It was a groundbreaking idea.

The great P.D. Eastman did a number of them. Here's my favorite non-Seuss beginning reader, Go, Dog, Go!: 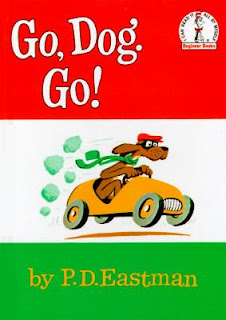 At the same time, Harper and Row introduced their I Can Read series with books like Arnold Lobel's Frog and Toad are Friends and Else Holmelund Minarik and Maurice Sendak's Little Bear series. These books were longer, had chapters and had vocabulary that was a little more sophisticated. They were what would now be referred to as early reader chapter books, books designed for young children to read by themselves without an adult. 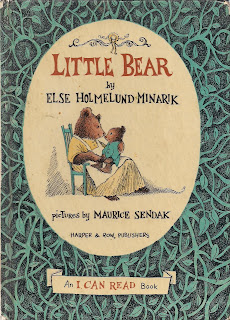 Both series resulted in a generation of enthusiastic readers.

More recently publishers have created whole lines with the intention of further honing in on the developmental advantages of books tracked by age group and reading level. Some of them are great books. Some of them aren't. But in all of them, the word count and vocabulary are dictated by a strict set of guidelines established by Flesch-Kincade.

Here are a couple of examples: 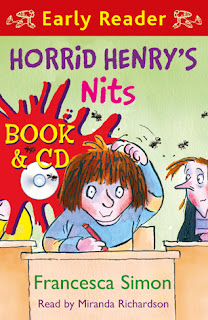 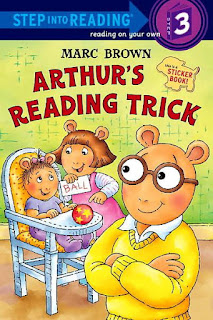 There's a good deal of pressure in education to have kids advance from picture books to chapter books as soon as possible. Even older books like Frog and Toad have been given a developmental category. 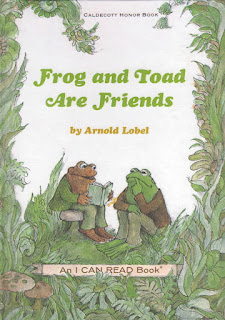 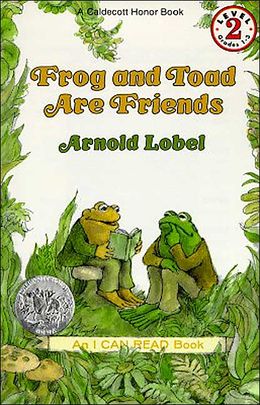 Over the years, many classic books have been abridged or altered or given new formats or new illustrations to appeal to younger readers. Beatrix Potter is no exception. Now even her books are subjected to this method of tracking. So this: 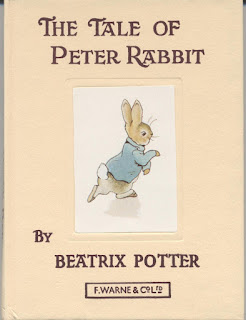 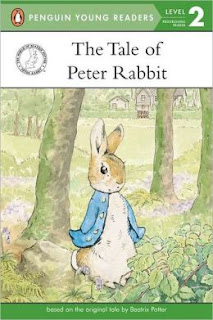 Altering the text of a classic book like The Tale of Peter Rabbit to fit into a given track category not only compromises the quality of the original prose and the experience of the book as it was meant to be read, it's pointlessly doctrinaire. Since the original text is written in very simple prose the abridgment  for track purposes is about as hairsplitting as it gets. Up to a certain point, these kinds of changes don't amount to anything useful even for educational purposes.

A testament to the fact that quality lit can exist in this system is that the classic Frog and Toad Are Friends fits into this structure without abridgment. I'm sure there are many well written and illustrated contemporary originals that fit well within this track system. I'm not saying that the track system prevents any good books from being published, but it can, in many ways, tie an author's hands. Authors are forced to contrive their stories to fit within these standards if they want their books to see print.

This tracking method and vocabulary standard has permeated the entire industry. In children's lit, the Flesch-Kincade standard reigns all the way up to middle grade books like Amelia Bedelia and beyond, though less so the further you move up the food chain. Young adult books are immune, but there are still vocabulary lists on the lower end of the middle grade spectrum.


The principal flaw in the track system is that vocabulary and sentence length do not dictate quality or depth. You can fill a book with compound sentences and advanced vocabulary but this does not guarantee that the book will be more intellectually complex than a book with a simpler vocabulary and sentence structure. The focus is on reading level alone. To some degree  this makes sense, since you can't objectively measure the quality or complexity of story, but you can't make kids better readers by advancing them from one reading level to the next in the same way you would advance them from multiplication tables to fractions. Literature just doesn't work that way. If kids are discouraged from choosing books that are considered to be at a lower reading level than their tracked reading level they could potentially miss out on a lot of great books.

But this is now the contemporary thinking. Now kids aren't only discouraged but shamed for wanting to read books that don't have the right number on them. If the number isn't high enough, it makes them feel as though they're not achieving. But just because your kindergartener has the vocabulary and reading comprehension of a third grader does not mean you should discourage them from reading great picture books.

The best way for kids to become great readers is to allow them to choose their own books based on what interests them. The number of compound sentences or multi-syllabilic words has nothing to do with what makes a book great. Great literature, whether intended for children or adults, will always remain great literature.
Posted by Jed Alexander at 1:51 PM