The Future of Comics: A Casual Readership 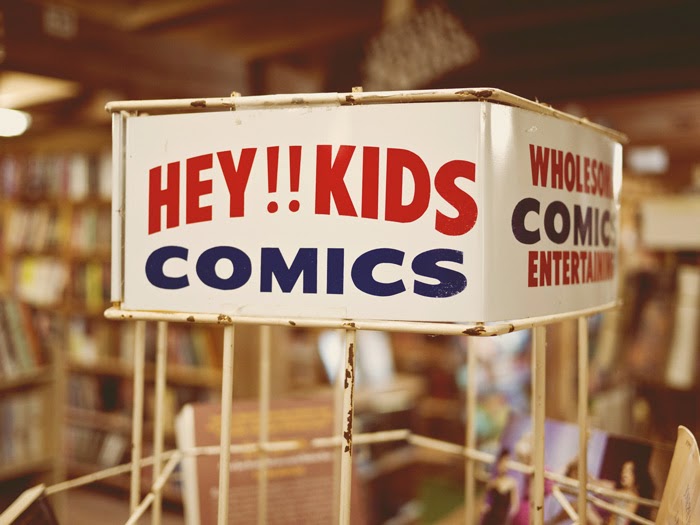 As reported by Heidi McDonald in The Beat, these Are the bestselling graphic novels in the last 6 months according to Amazon.

This list reinforces the fact that Marvel and DC (excluding Watchmen) are not the mainstream. Also, 3 of the creators on this list are women, despite the fact that comics are still a male dominated field, a fact skewed by the gender biased  hiring practices at Marvel and DC. While Marvel and DC  put out more titles than anybody else, they still only cater to a niche audience. Only one title (again, Watchmen, the exception to the rule) is a superhero title, and all but Watchmen (which should be) are creator owned. Two are humor, and only three are genre comics. According to McDonald, Diary of a Wimpy Kid, not on the list, was the bestselling book of the year and European import Asterix and Japanese import One-Piece also did record sales.

Despite attempts to attract new readership with recent revamps like Marvel Now! and The New 52, the two largest comics companies ,Marvel and DC,  have consistently catered to their long standing fans. These companies get most of their business through the direct sales comics market (comics shops) rather than bookstores. They target a rapidly dwindling fan base of aging adult readers. Instead of reaching out to new readers, their strategy has instead been to get these older readers to buy more comics. Because of this approach, they still manage to sell in relatively high numbers, but aside from a few spikes in sales a result of the speculators market, these numbers have been steadily decreasing. It is because of the fan market that Marvel and DC and some of the smaller direct sales only comics companies continue to reach the bestseller lists.

Japanese Manga, since they cater to a younger fan base outside the direct sales market, are one of the few exceptions to this rule, but still represent a niche market.


Comics Speculation and the Death of the Collectible


While these sales spikes have benefited comics shops in the short term, the speculators market has largely hurt the comics industry, both due to a boom and bust cycle that mirrors the toy industry's similar trends with Cabbage Patch Kids and Beanie Babies, and the wider availability of what would have otherwise been hard to find comics by online retailers and E-Bay.

The practice of grading and  "slabbing", or sealing comics in Barex sleeves to preserve their condition by the CGC, (also known as Comics Guaranty LLC)  has recently become a popular way to artificially increase the value of comics to sustain the collectors market. Once slabbed, an arbitrarily over-inflated value is placed on the book. This practice essentially renders the comics unreadable unless the seal is broken (and breaking the seal is discouraged, since the value of the books are, according to the CGC, considerably lowered if the package is opened). For a number of reasons I won't go into here, this practice is highly controversial among collectors.

While very old and rare comics will continue to be collectible by varying degrees, comics that were printed after the early 80s are poor long term investments on the whole, since this is when the rise in the popularity of comics shops and the collectors market began. This, not coincidentally, is when Marvel and DC decide to go direct sales only and target fans exclusively. Since profit margins on periodicals are low, comics shops have long depended on this collectors market to survive. Unfortunately, because of this dependence and its dwindling audience, these shops are increasingly disappearing.

While manga themselves are not typically collectible, the toys and ancillary products based on manga are. The direct sales and general toy market have also tried to seize on toys as collectibles, with limited edition statuettes and other toys directed at adult fans, but again, these adult fans are becoming fewer and fewer.


So with the drop in speculation and the dwindling direct sales fan base, the long term survival of the comics market is dependent on casual readers, and the Amazon bestseller list is reflective of this. Like books, movies, and other media, for comics to continue to thrive, they need to appeal to a general audience. Again, as the Amazon bestseller list reflects, this is already happening.

Aside from perennials like Maus, Watchmen, Persepolis and Fun Home, and popular newspaper strips like Dilbert, the rest of the list is telling. Allie Brosh's Unfortunate Situations, Flawed Coping Mechanisms, Mayhem, and Other Things That Happened is based on a popular blog feature that's completely outside the radar of the comics fan base. Diary of a Wimpy Kid has no presence at all in the direct sales market, but has entered the popular consciousness like few books have.The Walking Dead is a hugely popular TV show based on the comic, rather than the other way around. The Walking Dead series of graphic novels is not merchandizing, but the source material.

TV and film based on books are always going to be more popular and successful than the books, but unlike franchise comics which are work-for-hire, comics creators who own the rights to their own books get a full slice of the pie.Artists who sign work-for-hire contracts get little if anything in the way of royalties, while artists who own their own creations get royalties from the publication, TV rights and related merchandise. While this practice is unremarkable in traditional publishing, comics have had a long history of publishers exploiting artists by forcing them to sign away all rights to their creations.


But all of these books depend on a casual readership,on readers who aren't necessarily big fans of the medium but simply pick up a graphic novel from time to time. The future of the medium is going to be dependent on a broad-based casual readership rather than a small community of dedicated  fans, and fortunately, this already appears to be where we're headed.
Posted by Jed Alexander at 9:18 AM