Here's the first vignette image from my work in progress, Hippopotabus. This is for a book proposal, so no guarantees that it's going to become a book, but I'm hopeful. I wanted to give a nice clear read on the two protagonists and introduce 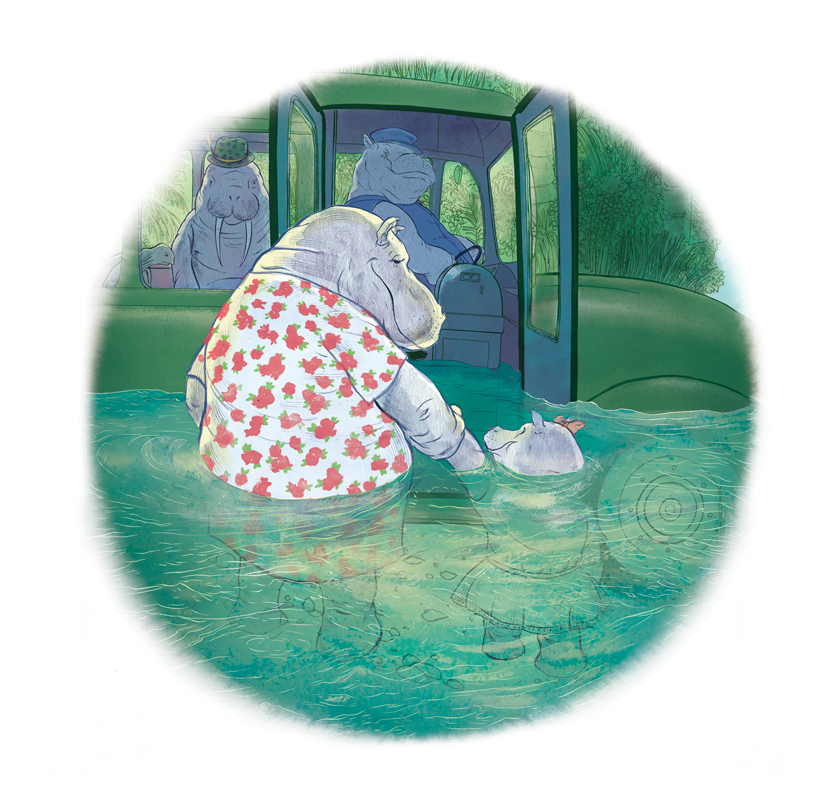 I Decided to do the edge with a faded crop. Here's the shape I made with a wet into wet splotch of ink and some photoshop tweaks to make it round and symmetrical. I wanted the fade to be nice and organic rather than with a photoshop brush. 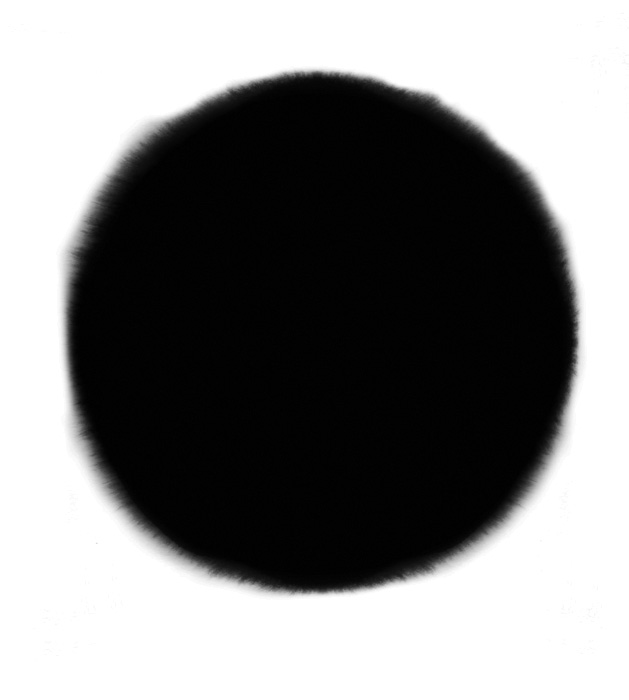 As usual I do the images in pieces, with ink brush, and dry brush. 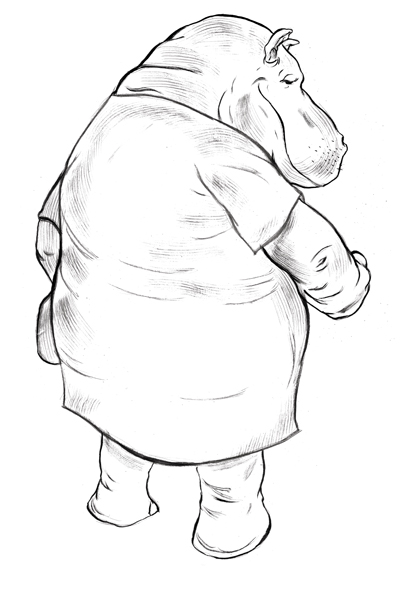 I even did the dress pattern separately, using the transform/warp tool to make the pattern fit the contours of the form so that it didn't look flat. 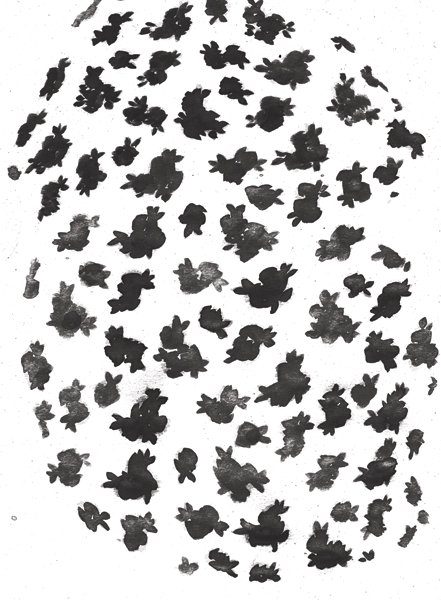 And the water. One of those cases where I ended up cropping a lot of it out, which is a shame, because I like a lot of what was happening here, particularly in the foreground. Sometimes I get carried away with the render and don't take into account what's not going to show. 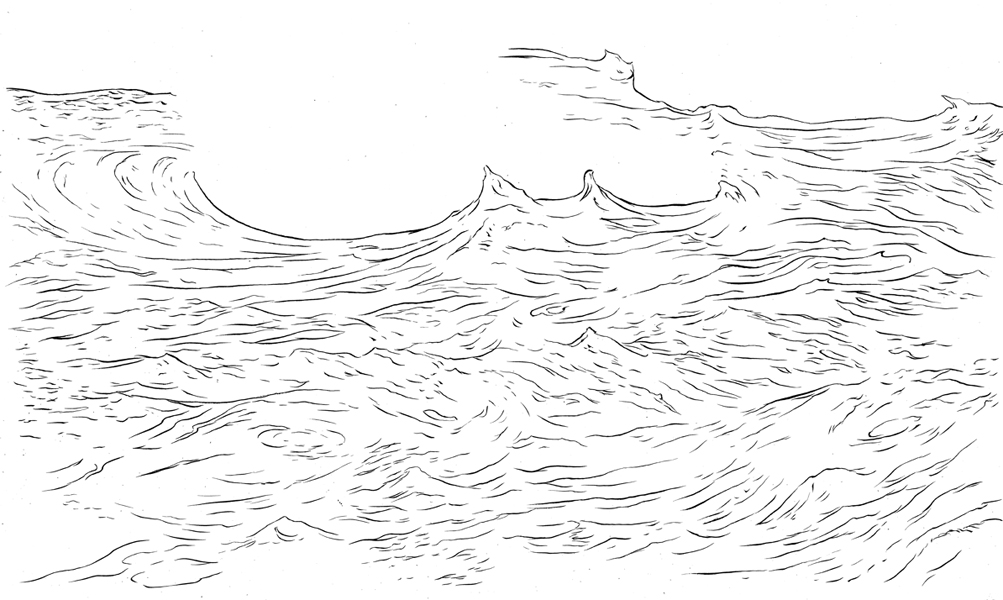 Here's the image before color and crop. I added the turtle, later, to correspond with my earlier hippo bus image.  (more process on that link). 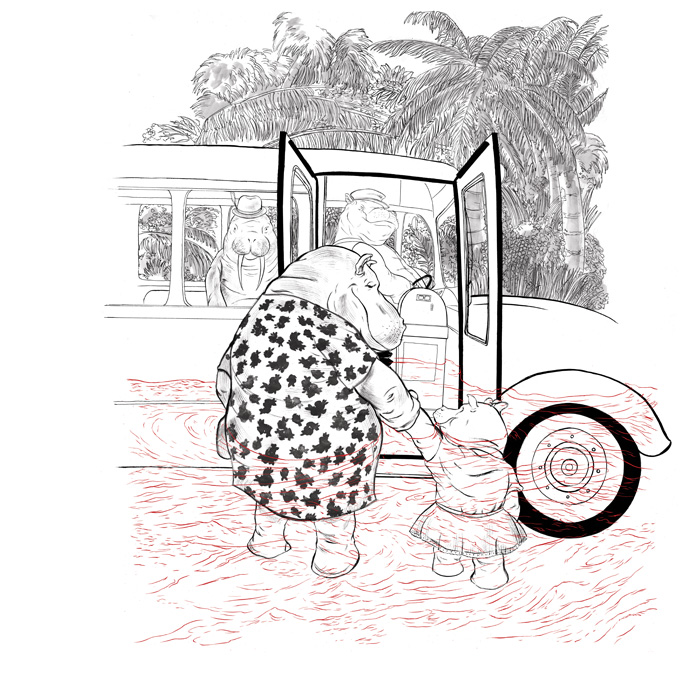 You can see I kind of overjungled here as well. Better planning would have eliminated the extras, but I figured I'd worry about the crop later and having too much, rather than too little would give me more options.

Then I made some watercolor overlays for shadows. I painted these on a light box over the printed out image above. This is the first pass. I did one other overlay for shadows on the mother hippo's clothing. The purple is a stand-in, because I can change the overlays to any color I want to. 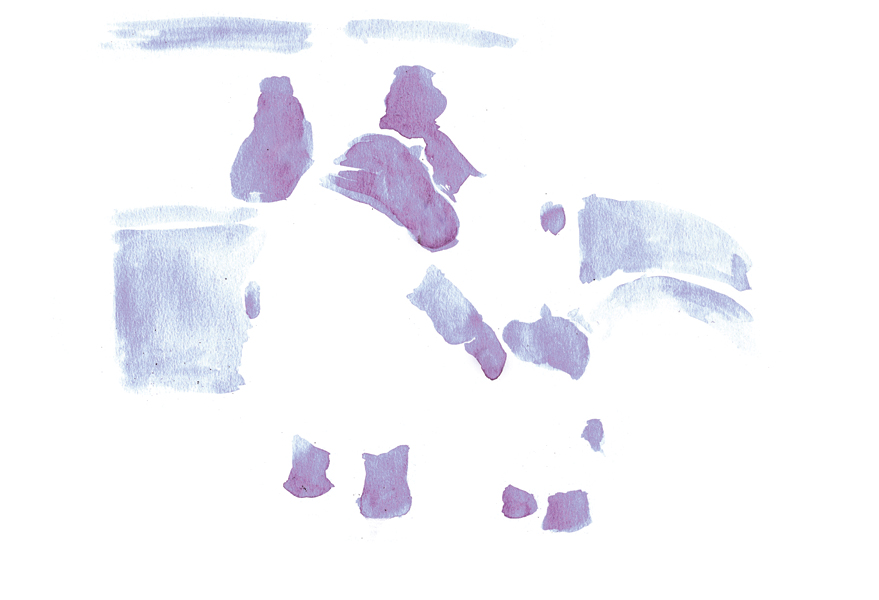 And that's about the size of it. Most of the color is done with scanned watercolor textures with some color manipulation. A few highlights, like the one ones on the bus, are done digitally, but most of this is wet media in one form or another. Even the highlights on the water are done by taking watercolor textures, separating them from their backgrounds, lightening them up, and pasting them in. There's also some digital airbrush to darken the edges and pull the focus. I also color the lines. So it's actually about 90% wet media. The computer gives me a lot of flexibility, but wet media still gives that touch of the hand.
Posted by Jed Alexander at 9:11 AM