Latest tiger, The B Movie Thrills of Game of Thrones

Latest tiger sketch for a commission. 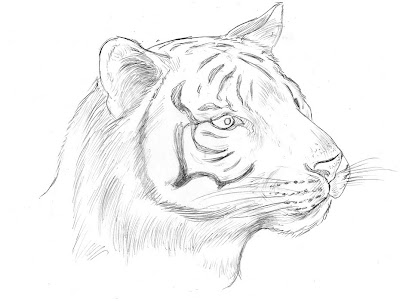 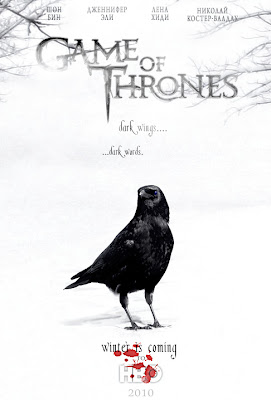 Last night I saw the HBO fantasy series, Game of Thrones, based on a series of novels of George R. R. Martin. I'm not a huge fan of the genre, and I've never read the books, but this show had the worst tendencies of both the genre and pay cable. Expecting something along the lines of Lord of the Rings, I anticipated violence, and though I have no problem with either violence, nudity, or sweariness, the amount of eye rolling soft core sex and nudity in particular rivaled the Starz network's Sparticus, surpassing even the most craptastic shows on Cinemax for the sheer number of topless scenes. No opportunity to show a breast went unturned.

At one point in the show a princess (after yet another topless scene) is forced to marry a brutish racial stereotype. But like a lot of fantasy and sci-fi, rather than depict an actual ethnicity, they invented one to represent all brutish racial stereotypes. It was your typical society of savages, embodying all the worst Western ideas about African aboriginals, Native Americans, Arabs and Mongolian nomads: big, brown, primitive and merciless.

To top it off there was not just one, but what appeared to be two sets of characters in incestuous brother/sister relationships.

The only thing that distinguished the show from your average B exploitation movie was its production values and cast, but I guess this can't all be blamed on HBO. According to Wikipedia, the author states that the pilot was "very faithful to his work." To give him the benefit of the doubt, maybe, since TV adaptations tend to condense things, the gratuitous sex was less gratuitous in the book. I can't speak for the book. But the show was pretty awful. At least your average B movie isn't so humorless.

The CGI sequence in the opening credits was pretty cool though.
Posted by Jed Alexander at 4:01 AM