The Unsympathetic, Unredeemable Antagonist: From Fables to Fantasy, The Achilles Heel of Genre Fiction 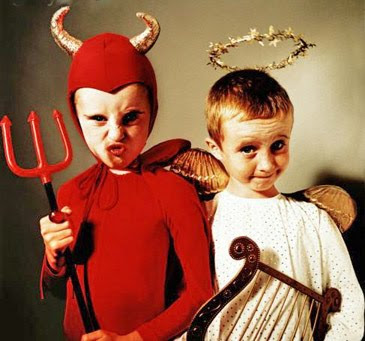 I grew up on Science Fiction and Fantasy stories. Loved them. From my childhood to my teenage years I read almost nothing else. From my very first fairy tales, to the books I read as a teen, there were inevitably bad guys. The best were the science fiction stories that were more about ideas than battles between good and evil, books by writers like Theodore Sturgeon and Phillip K. Dick, and these were my favorites, but even Sturgeon and P.K. Dick resorted to bad guys in their weakest moments. 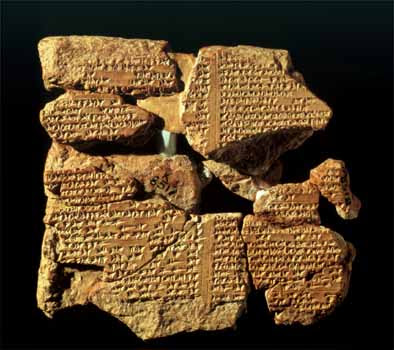 Bad Guys have been the anchor of Fables for as long as there have been fables. But not always, and not all of them. The oldest written fable on record, The Epic Gilgamesh, is about a tyrant who redeems himself. So precedent tells us that we've known how to tell a different kind of story for a very long time. But still, we resort to unsympathetic, unredeemable antagonists more often than not. The bad guy continues to appear, particularly in genre fiction, over and over and over again. And it's not only in genre fiction that this occurs, but genre fiction is the most guilty of the trend, since genre fiction most often employs the purest of archetypes, the evil, unredeemable villain, more force of nature than character, the simplest and most basic way to anchor your plot, since there's no easier way to generate instant conflict that has an easy resolution than the unredeemable villain. No matter how many ways you decide to twist the plot, the resolution is always simple: vanquish the villain. If you want to resolve your story irrevocably, killing the villain is the best way. If you want your protagonist to sustain their purity, have them offer the villain redemption before the villain dies of his own folly. There is also no better way not to challenge your reader, to provide them the neatest and easiest form of black and white morality.

The Influence of Harry Potter on Young Adult Fiction 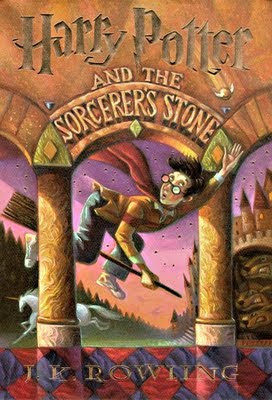 My most frequent form of reading these days is--and sometimes I hate to admit it--but the way I'm able to read as much as I'd like to and still be as productive as I need to be, is to listen to audiobooks. In the last few years, since it's been my goal to write young adult fantasy fiction, I've listened to well over 200 genre young adult novels. I cannot think of one of them, not a single one, that hasn't anchored itself on an unsympathetic, unredeemable antagonist. The most popular and enduringly popular series of book in the Young Adult market, the series that single-handedly revived the young adult market and got millions and millions of kids to read again, is anchored on this very device: the Harry Potter series.

I'll admit that I've yet to read any of the books. In fact, I've avoided them for the most snobbish of reasons: I'm suspicious of anything so popular. I've read, and enjoyed other popular books, so distaste for the Harry Potter series is for entirely personal and less than objective reasons. I did begin one of the books and immediately put it down, not giving it the least of a chance. So any qualitative evaluation of them is more than presumptuous, and I hate to hinge my opinion of the books on the worst excuse imaginable, that I've seen most of the movies, but I've seen most of the movies. Movies have a way or reducing the complexity of books, of distilling hundreds of pages into as few as 90 minutes. And here's another horrible excuse for my assumptions: someone I know has read the books and confirmed my opinion. That someone is my wife, so I consider her a reliable source, but still, it's a lousy excuse.

So I will concede that I could be very wrong about the Harry Potter series. But I'm probably not. My opinion is not a qualitative one, but the simple assumption that the books offers us a bad guy, an unredeemable villain, and the resolution of the books offers us the death of that villain. If I am wrong, please correct me. If I'm wrong, I'm doing an injustice to a book that I admit, I've never read. Unredeemable villains by no means negate the quality of a great work of fiction. There are many great works of fiction that follow this exact same pattern. So I wouldn't presume to judge the quality of the books, or whether or not they represent the best of what young adult fiction has to offer, but from everything I've been able to gather, Harry Potter is a classic tale of good versus evil, and my best guess is that it follows the same essential pattern of the vast majority of stories about good versus evil as earlier described.

I can't blame Harry Potter so much on the trend, since it's a trend that dominates most all of the fictional media we consume. It does, however, account for the dominance of fantasy fiction in books targeted at young adults. Now that teens are reading more than ever, this is the kind of book that they tend to read. Again: no surprise, and nothing new. But now that we've got their attention, now that we've gotten kids to read, why not use it as an opportunity to give them something else?

There are often said to be only a few basic plots that most stories follow, of stories of conflict and resolution, and the fact that many of these follow the pattern that I've described would be a facile way to condemn them. I am not condemning every good versus evil parable as a failure. I am condemning, however, the pervasiveness of the trend. So whats wrong with a good old fashioned tale of good versus evil? It's what all of us have grown up on, and most of us consider our sense of morality to be reasonable and just, but I think that these kinds of stories have effected our sense of empathy more than we would care to admit.

We may try to teach children to search for redeemable qualities in people who have done them wrong, to find forgiveness for people who have hurt them, but the stories that have shaped their sense of morality, that have encouraged them to root for all of those good guys so often and so vehemently, has given them the easiest reason to condemn them. Even as our sense of morality evolves, the reflex to demonize is something that so many of us carry from childhood to adulthood. I don't think that stories about good versus evil are the cause. It's a natural enough human tendency. But stories about good versus evil reinforce this distilled sense of black and white morality, and if you don't offer an alternate narrative, it becomes harder for us to learn to truly empathize with those who are responsible for even the most minor injustices in our lives. Our immediate reaction is to condemn. But empathy, and the evolution of our empathy should be a natural part of becoming an adult.

Authors: You, Yes You, Can Provide Children and Young Adults With a Different Narrative

This is why I think that it's the imperative of the people that tell stories to children to offer a alternative narrative. There are many different kinds of conflict. All stories don't have to have antagonists, but antagonists are often a critical part of genre fiction. But all antagonists do not have to be villains. Villains portrayed as evil and unredeemable not only reduce your conflict to a black and white morality tale, but they make your stories less complex, and less interesting. The key to great character development is identification. If your reader can identify with some aspect of the character, if they can have a sense of what it's like to be in that character's shoes, it enriches their understanding of what it's like to be a person. It provides a model for empathizing with real life people whose motives and actions you don't always agree with.

Right now, in young adult fiction in particular, we're failing miserably to do this. Right now, as young adult authors, you have the attention of young adult readers in a way that hasn't had precedent in many many years. So if you've presented the reader with a morally questionable antagonist, how can you make the reader better understand their motivations? How can you allow your readers to empathize with someone with whom it isn't easy to empathize with? Stories with redeemable, but flawed characters are better stories. The more that you allow your reader to identify with your characters, with all of your characters, or at least your principal characters, the richer your story becomes.
Posted by Jed Alexander at 1:42 AM