My Dinner with Jim Woodring

This last weekend at the Alternative Press Expo in San Francisco I had the privilege of having dinner with one of my favorite cartoonists, Jim Woodring.

In fact he may well be my favorite to come along in the last couple of decades. Among others to come along in recent years who also rank high in my esteem include Cathy Malkasian, Renee French, Dave Cooper, Daniel Clowes, and Nicolas De Crecy, and it turned out Jim shares similar tastes.

I first discovered Jim's work in college in my very early 20s. I grew to especially love his wordless strip, Frank, and the unique world that Frank inhabits. Frank's world is so fleshed out and consistent, it's as if Jim's documenting the strip from some unconscious source than inventing it from scratch. Sometimes I even get his name mixed up with Frank's (apparently a not uncommon situation for Jim), because he had two serialized magazines, one called "Jim" and one called "Frank." Jim had a variety of strips including semi-autobiographical and dream-based strips, and even all-ages strips, but Frank was dedicated exclusively to his eponymous character. For a while I leaned more towards his self-titled book, but eventually grew to prefer Frank.

Later, as Jim's work grew more of a following, there was a series of vinyl toys based on his work. My favorite was Mr. Bumper: 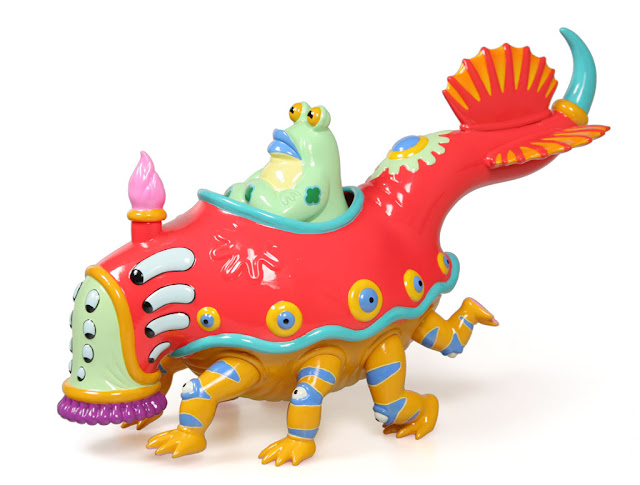 I have a number of other Jim toys of which I am almost equally fond, but Bumper always wins out.

Eventually he moved away from comics and  began to focus exclusively on gallery work: 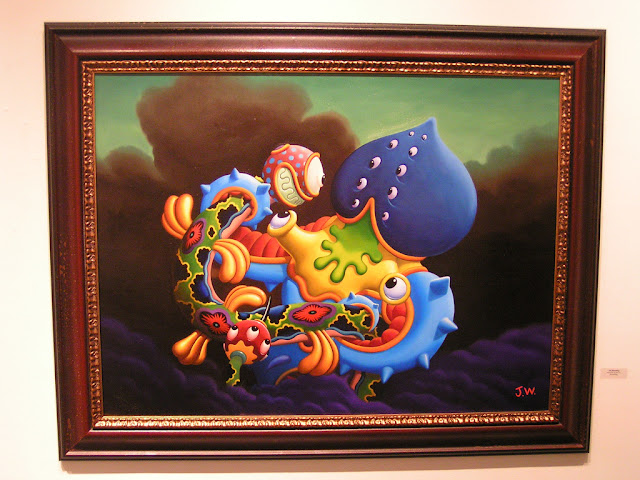 Though I missed his comics, his paintings and charcoal drawings more than made up for it. But I still missed Frank. Now, in recent years Jim has returned to comics with some of his best work in the medium with books like Weathercraft and Congress of Animals: 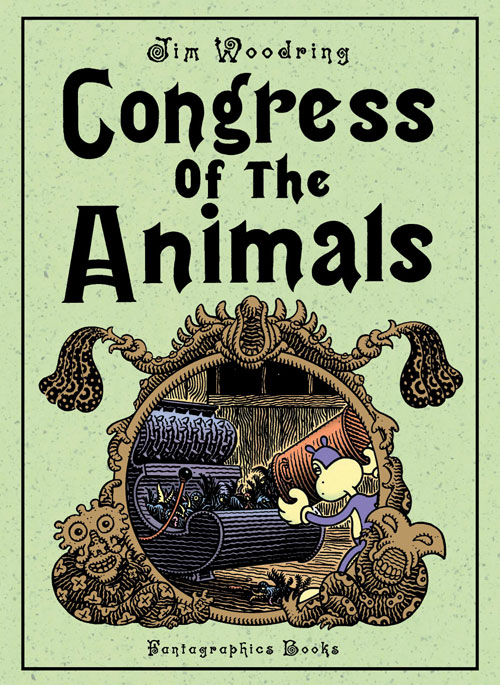 So last Sunday, Jim was to appear at The Alternative Press Expo, and my good friend Angelique invited me to join she and her fiance Kieth, her friend Ken Pontac, his wife Susan and Ken's friend Jim for dinner. Ken collaborated with Jim as a writer on animation projects that resulted in disastrous failures by no fault of either Ken or Jim, and had been good friends with Jim ever since. I met Ken through Angelique.

Full disclosure: this wasn't my first interaction with Jim. For years we'd dialoged  through my friend, the talented cartoonist Mark Martin's blog, and then, eventually Facebook. But this would be my first meeting with Jim in person.

My first fear was that I would embarrass myself. I'm not too terribly good at this sort of thing. I've always been lousy at social stuff, especially with people I admire.

Sure enough, in the beginning I think I was a bit overeager, anxious for his approval. I wanted him to like me. I wanted to impress him. It wasn't until we got to the restaurant and I said, "I don't mean to embarrass you Jim, but I've been following your work for a long time and you're one of my heroes,"  that I began to relax. I don't know why this admission made me feel more comfortable, but it did. Jim of course, graciously said he wasn't embarrassed at all, but I was still a little tentative.

Once the discussion began, Jim and I connected on a number of subjects. Since we agreed more often than not, I soon felt comfortable enough to speak up when we didn't see eye to eye without worrying about his disapproval. I stopped worrying about impressing him. A big danger zone for me is talking about my work, so it was a subject I steered clear of. The conversation flowed nicely, with Jim and Ken telling stories about their past, Jim and I talking comics and about our relationship and political clashes with Mark Martin, (Mark is a conservative, a fantastic cartoonist, and probably one of the warmest guys you'd ever want to meet, though I have yet to meet him in the flesh).

The dinner ended well. Jim and I hit it off, and Jim said that I should keep in touch. It really couldn't have gone any better.

After the dinner, we had a brief dialog on Facebook:

It was nice to meet you, I really enjoyed talking to you, and you have a very nice head of hair.

I enjoyed meeting you too, Jed, finally, after all this time.

Posted by Jed Alexander at 9:29 AM