So the T-shirts have arrived in time for the new year! These shirts are designed to last!  Quality inks, 100% cotton, preshrunk and silkscreened in two-colors!  Nice big images just like we planned. I've had requests for t-shirts of this image in years past, and it had been suggested that I go the Cafe Express print-on-demand route with smaller, digitally printed images, but I was holding out till I could do it just right. This is how these shirts were meant to look!

These will ship with everything else sometime in late February, early March. 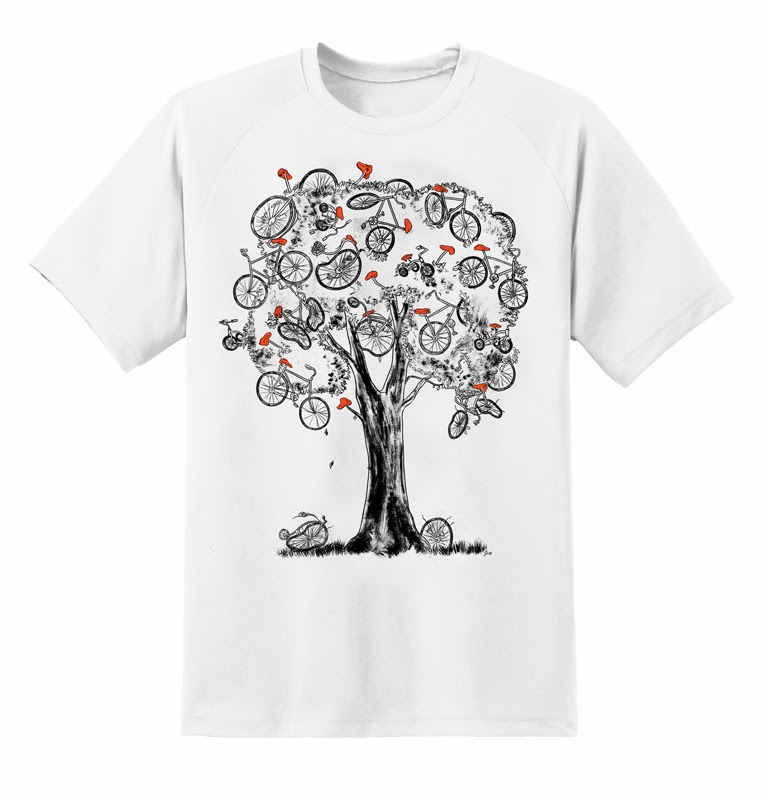 For now these shirts will not be offered through my site, or by mail outside of those pre-ordered by Kickstarter backers, though in the near future I might offer them locally and anywhere we're promoting the book.

Similarly, we're only printing a limited number of The Dry Brush Book beyond those pre-ordered with a run of only 125 books. The price of digital printing is a killer, and there's little profit in selling them retail.

I also had a little bit of a cost overrun on (Mostly) Wordless due to a copyediting issue so one of the signatures (or in plain talk, 8 pages) had to be reprinted. I just couldn't live with the idea of a misprint, so the cost was worth it for the correction. You'll notice a number of improvements from the PDFs--typos corrected, a tangent in one of the images (that sword no longer collides with that border!) and some other design issues have been ironed out. Fortunately we'd budgeted for it, and if we sell out on the limited first run (a boutique run of only 1000 copies) we'll save a little more in printing costs on the reprint and print more copies.

Postcards went out--everyone who backed at the postcard level got more than one in a sealed envelop, including a tri-Fold Christmas card (unless I ran out--in which case you still got two)! If you were supposed to get a postcard and didn't, let me know and I'll send one off! Unfortunately after I sent them I realized I neglected to sign them! So if you'd like a signed postcard, I'll mail an extra, signed and free of charge. Otherwise I'll be glad to sign it in person if we meet at a book fair or bookstore in your area. I apologize for the inconvenience--it's been a busy year.

Pre-orders for the limited run are still available for the special reduced price throughAmazon for those interested. Since the book wasn't available for the holidays, pre-orders have been light, but that's definitely understandable considering that most people had lighter wallets from their holiday gift buying. But pre-orders do increase the number of books Amazon orders over all, so if you think someone might like to pre-order the book before it's wide release in April, spread the word.

Thanks again so much for all the support, and I hope to reward that support with great books posters and swag!