So, basically, I want to draw for Spongebob Comics. This is my version of the characters: 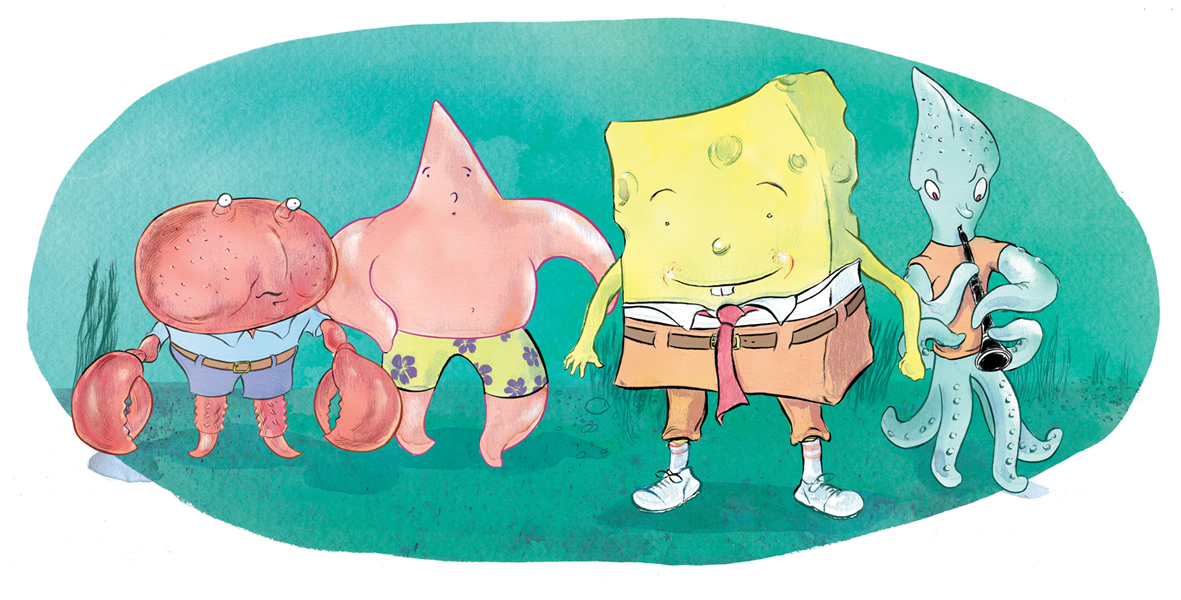 What Chris Duffy and Stephen Hillenburg are doing with Spongebob Comics is nothing short of seriously awesome. Just like he did with Nickelodeon Magazin, he's hired some of the best cartoonists in the business, cartoonists you'd never expect to be doing a kid's comic. While there is a "house style" for Spongebob, and there are strips done in that style, many of the artists are asked to draw in their own unique styles and tell Spongebob stories in their own unique way.

I've worked once before with Chris very briefly during his Nickelodeon Magazine tenure. It was just a small spot illustration, but I had a great time. Chris is a fun guy to work with.

Am a buttering him up? Yes. Yes I am. But it is the sincerest of all butters. There are no additives or emulsified fats in this butter. This is hand churned. This is the real thing. And this is my Spongebob.

Update: This totally worked! My two page comic, written, drawn, the whole kit and kaboodle, done by me will appear in Spongebob Comics #46! Dreams do come true!
Posted by Jed Alexander at 8:37 AM