After the Society of Children's Book Writers and Illustrator's conference the first thing I did was put together this follow-up mailer to send to editors and art directors. What I learned from Kristen Nobles from Candlewick was that one of the key things they look for in a mailer is character. The kinds of elaborate scenes I typically do are too busy. Though perfectly readable and effective at children's book size, these kinds of busy images are hard to read at the usual 5x7 mailer size. So I decided to keep it simple. I decided to do a mailer that would emphasize expression and body language. Another thing Kristen mentioned was that they like to see people interacting with animals. The point here isn't so much to come up with the most original concept, but to demonstrate that I have this skill.

The other thing I decided to do was a tri-fold mailer that was a sort of mini narrative. Because I have a background in comics, this kind of narrative came naturally to me. In picture books you want to distill in one image a key moment from the story, but the objective of the mailer is a little different. I need to attract the attention of the viewer quickly because publishing houses receive a large number of these mailers, and the mailer needs to be memorable. I thought that by keeping the pace of the action more immediate I could engage the viewer right away while giving them a sense that I can tell a story and that I can show the same character in different attitudes.

To be honest this isn't as carefully thought out as it sounds--my approach was mostly intuitive, but this is essentially where I was headed with the idea.

This will be the front image of the mailer where I'll have my e-mail address, website and other information: 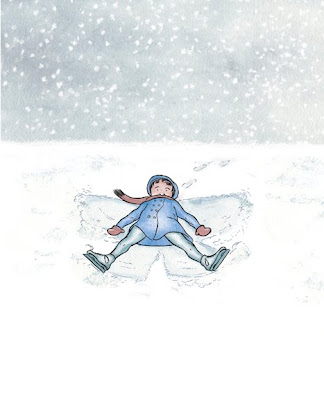 This will be the interior, what you will see when you open it up. The final image will be a full-bleed, so this image has already been cropped to represent what it will look like with a trim:

Here are some early sketches of the character. Originally I had imagined the character as younger, but by making the character have longer arms and legs I could make her a lot more animated, so I aged her a little more. You can see here how on a younger character the features are smaller in proportion to the head. 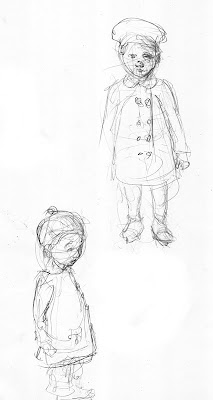 When I started drawing more kid friendly material I didn't realize how much of a challenge drawing kids would be. When I did one of my first images featuring a kid, my interpretation of James and the Giant Peach, I ended up doing over 70 images of James before I came up with a James I was satisfied with. This time it took a lot fewer drawings, but I still had to go through a fair amount of sketches to get the character I wanted.

Here are just a few of the over 100 images I collected from the web to draw my final image. You can't have too much reference. It always helps to make your image more authentic. I try not to use any one pose from a photograph because I find that when I reinvent the character from multiple sources I avoid making the character look stiff. Drawing directly from photo reference without understanding what makes the figure tick, without being able to visualize the figure in the round, can make the figure look flat and static. Even when I do use just one photo for a figure as I sometimes do, it's important never to forget how to draw as you render it.

Of course this mainly applies to naturalistic poses. Mine are admittedly exaggerated and a little cartoony, but at their root they're based on observation. Some of my favorite illustrators, however, like Ben Shahn and Heinrich Drescher, draw figures that are more symbolic and expressionistic, a very different approach that I also admire and sometimes use in my comics work, like The Blue Kid. 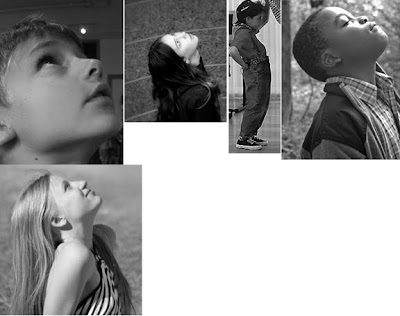 Of course I have no idea if this is going to work. I'm new to this process, and this is how I've decided to approach it knowing the little that I know at this stage of the game. My plan is to follow up this mailer with two others of the same type in the next few months, with follow-up mailers afterward every three to four months.

In the past, when I did editorial, I thought it was adequate to send out one mailer a year, until the illustrator Frank Stockton straightened me out. He told me that at minimum, three to four months was as long as you should wait. Art directors need to know that you're serious and intend to follow through. Also, unlike in editorial, where postcards are adequate, some children's book publishers like to first see a small sampling of your work. To this end, I've had digitally printed a mini magazine that showcases my work which I intend to send as a precursor to my mailers. This is the beginning of what I hope will be an effective long-term strategy to catch the attention of art directors and editors and to let them know that I'm serious and reliable.

Over the months that follow, if you continue to follow my blog you'll see how successful this strategy turns out to be. I spent the last year establishing a new portfolio of kid friendly work, and this year I intend to actively promote it with the aim of cultivating a career in young adult and children's media.

Wish me luck.
Posted by Jed Alexander at 6:14 AM