The Beetles, (as in actual beetles), Nudibranchs, Mushishi, Why the new Spider-man sucks, Why Zack Soto is Awesome

A stag beetle and a rhinoceros beetle. 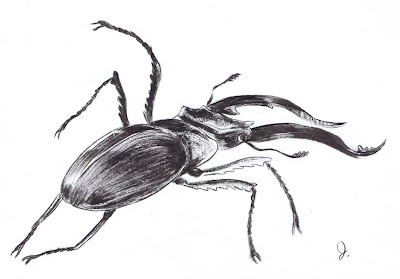 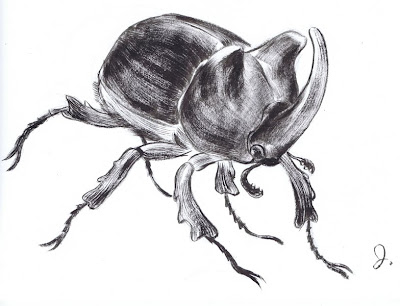 So, my computer died, and I got a new Imac, but I didn't have photoshop for a while, so I haven't been posting. I also just didn't have much worth posting. I've been working on the Eagle piece for Cricket, and have been trying to get back into painting with a number of false starts. Just getting back into my drybrush technique. It's been a while. I'm doing some beetles and some insects to get grooving again. I tried to do some nudibranchs, but they're just too beautiful, and I can't seem to do justice to them. For those not "in the know" these are nudibranchs:

Show me some nudibranchs. 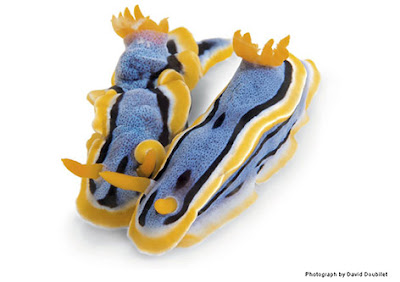 See what I mean? Those are just too amazing for words. And it's just really fun to say, "nudibranch". Maybe some day.

Anyway, a word to the wise: back up your stuff! I pretty much backed up all my stuff, so little was lost. Recently discovered the "time machine" feature on my new Imac, so now I don't have to worry at all about backing up stuff. my computer does it for me! Genius.

Been really into this japanese show, Mushishi lately:

The scoop on Mushishi. 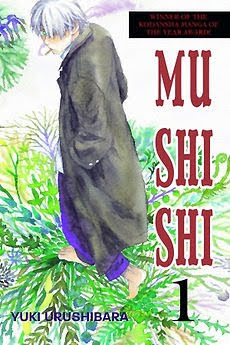 It's very soothing. The mushi are these spirits that are basically these forces of nature. They're never malevolent, it's just their nature to do whatever it is they're doing, even if it's screwing things up. The mushi master is always saying, "it's not your fault and it's not their fault. It's just their nature." I dig it.

There are few anime series I like, outside of nostalgia, but this one hits the spot. I do like Galaxy Express 9999 though. It's about a space train. It doesn't get better than a space train. 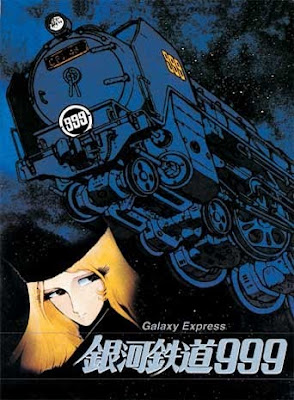 It's this wonderfully logic defying space train. I still haven't seen the whole series, but I want to. It's got a Little Prince vibe. No pretense to realism. Why can't Americans deal with stuff like this? In the U.S., everything has to have a logical explanation. There's no pure fantasy.

I just saw a recent still from the upcoming Spider-Man film and it's clear they're trying to make it more "realistic." 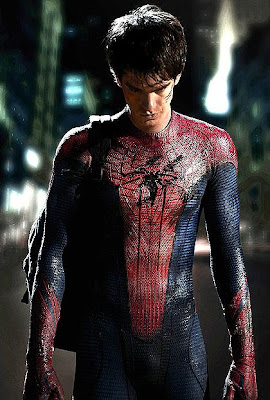 Ag. His costume is some kind of rubbery goretex business, as if it were for some practical purpose. Superhero costumes are like space trains. There is nothing practical about a superhero costume. Nothing at all. This whole paramilitary look of these recent superhero movies is so off-putting. The science in superhero comics, at least originally, was always pretty sketchy, but they're trying to make these things into science fiction movies. Superheroes were never really science fiction. Don't get me started.

Not that I was all that crazy about the other Spider-Man movies. They had these great actors playing the villains who were just wasted. If you hire Willem Defoe to play the Green Goblin, don't put a big plastic mask on his face. Alfred Molina was perfect for Doctor Octopus, and he was still kind of fun to watch, but both movies would have been funner to watch if the scripts didn't suck and if they didn't completely not get Spider-Man.

This said, I'll probably watch the new one anyway. I liked the recent Iron Man movies, even though he was a free market Libertarian fascist who kills people. Kick Ass was pretty good, and at least sort of addressed the absurdity of treating the concept realistically. My favorite recent superhero movie of late, was Special:

The Scoop on Special. 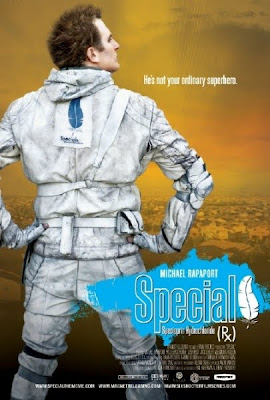 This guy volunteers to test an anti-depressant that eliminates self-doubt and hallucinates that he has super powers. In the vein of realistic superhero movies, this one is the best so far, but someone really needs to just make a superhero movie that doesn't feel a need to justify itself logically. They're frigg'in superheroes!

The best superhero comic to come alone in forever is The Secret Voice by Zack Soto: 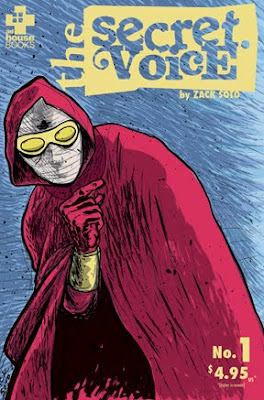 I wants to buy me some Secret Voice.

Zack isn't doing as much in comics these days, but is still doing great work. He recently put out a new issue of the anthology title, Study Group 12. I'm not sure if you can still buy that online, but you can see Zack's Website and what he's up to these days, here:

Zack Soto Headquarters.
Posted by Jed Alexander at 5:14 AM