On Facebook I was discussing the book with the amazing Carla Speed McNeil who was going to do a page for the book. I expressed to her both my admiration for what I was sure would be some fantastic work from Carla, and my naked envy for the project. I said that I wished I had the kind of reputation and track record that would have gotten me an invite to do something like this. Carla said that was just silly. They'd love my work. She said it was probably too late, but she'd put in a word.

It was too late.

But they were putting together a collection of prints of work that couldn't make it in the book for whatever reason, and that I was welcome to submit a piece. I told him that if I were going to do it, it would have to be something that could stand up well against any of the other work in the book, or it wouldn't be worth doing, and this would take time, and I couldn't guarantee that I'd have it done in time for a print. This may still be the case. In the meantime, here it is: 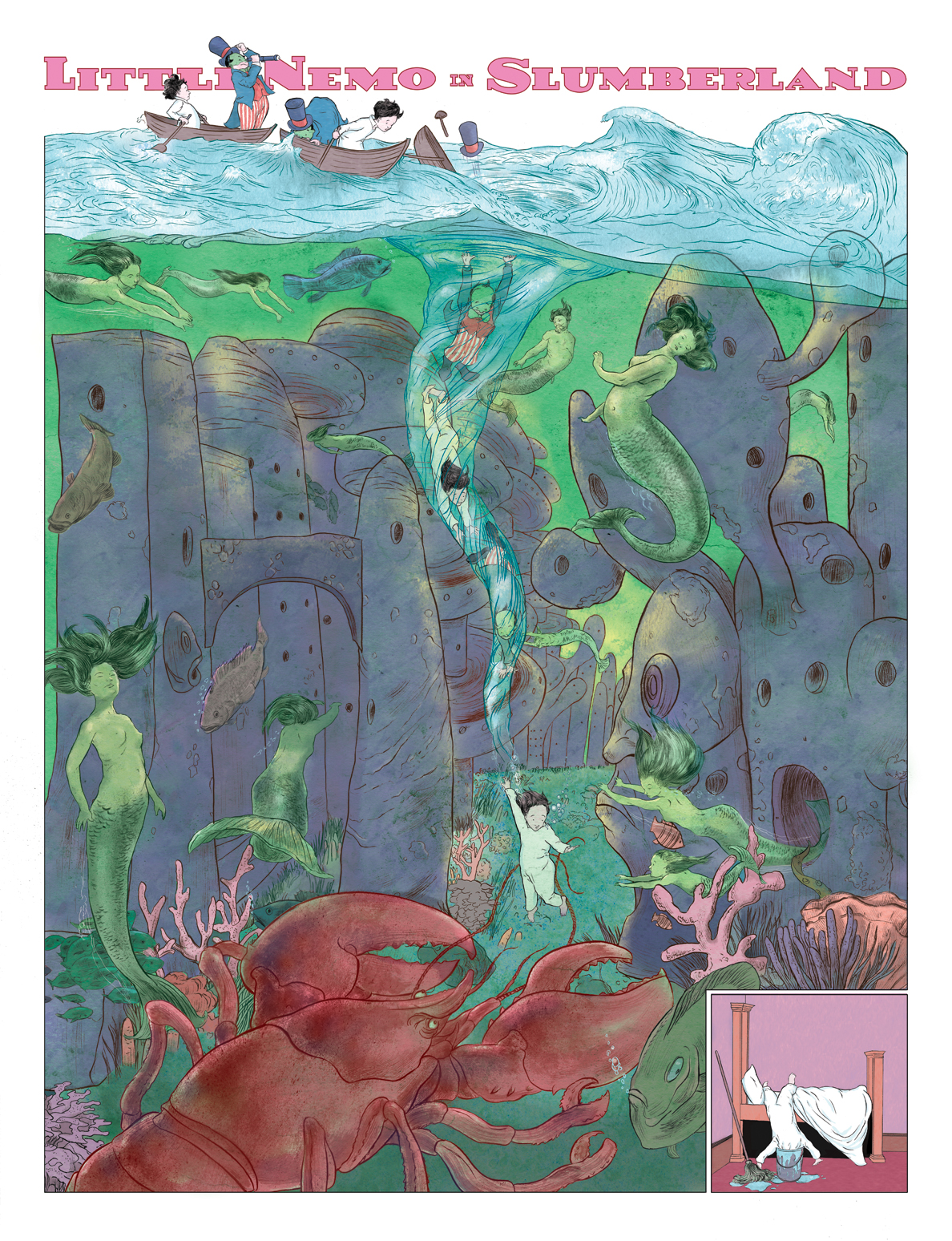 You're going to want to click to enlarge. It's pretty gigantic.

I think I kicked this one's ass.

But it turns out McCay beat me to it. I must have seen this some time in the past and unconsciously picked up on it. Oh well. 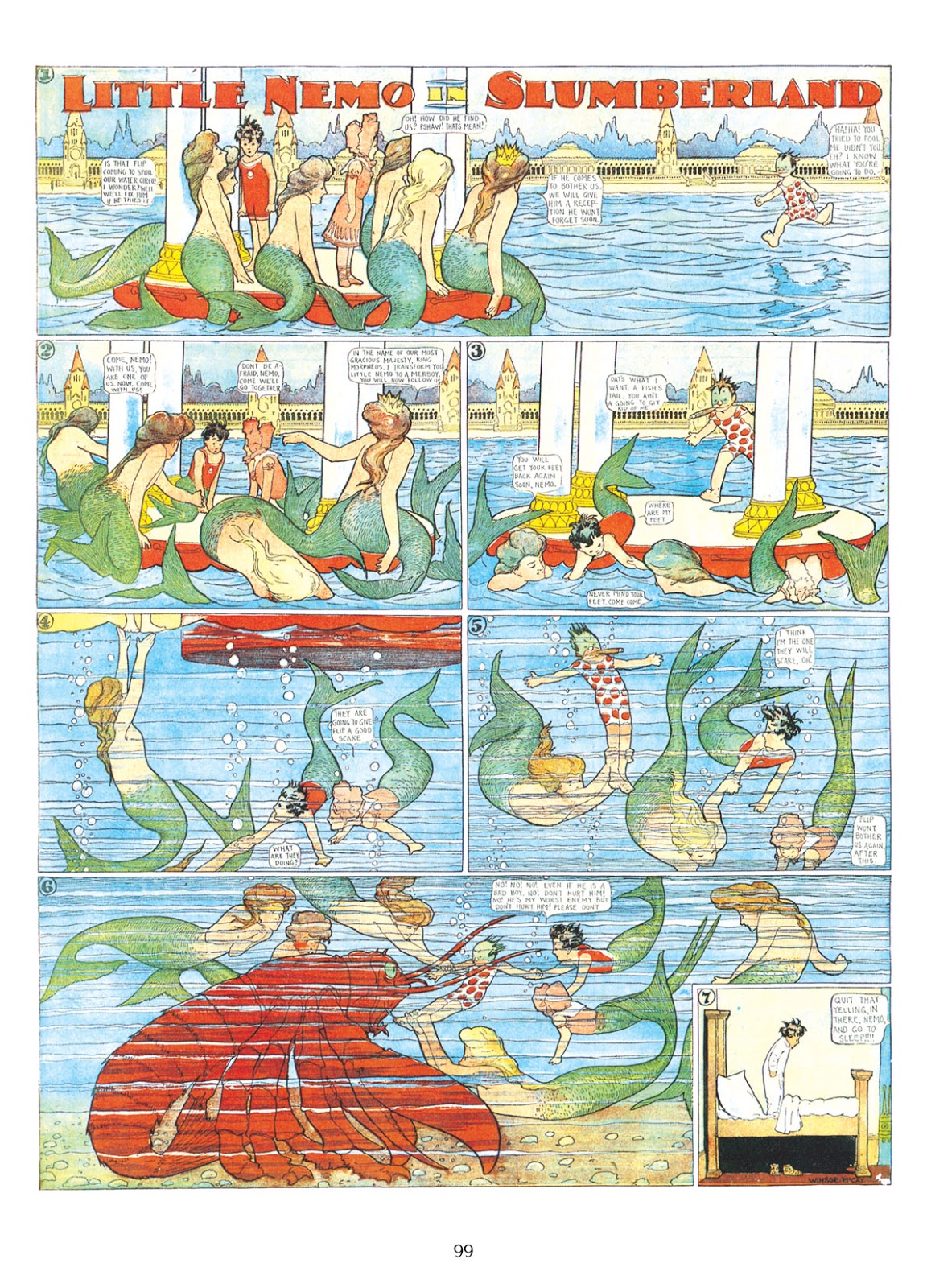 But I think I put my own little twist on things, so I'm content with what I ended up with.

And here's the original line art: 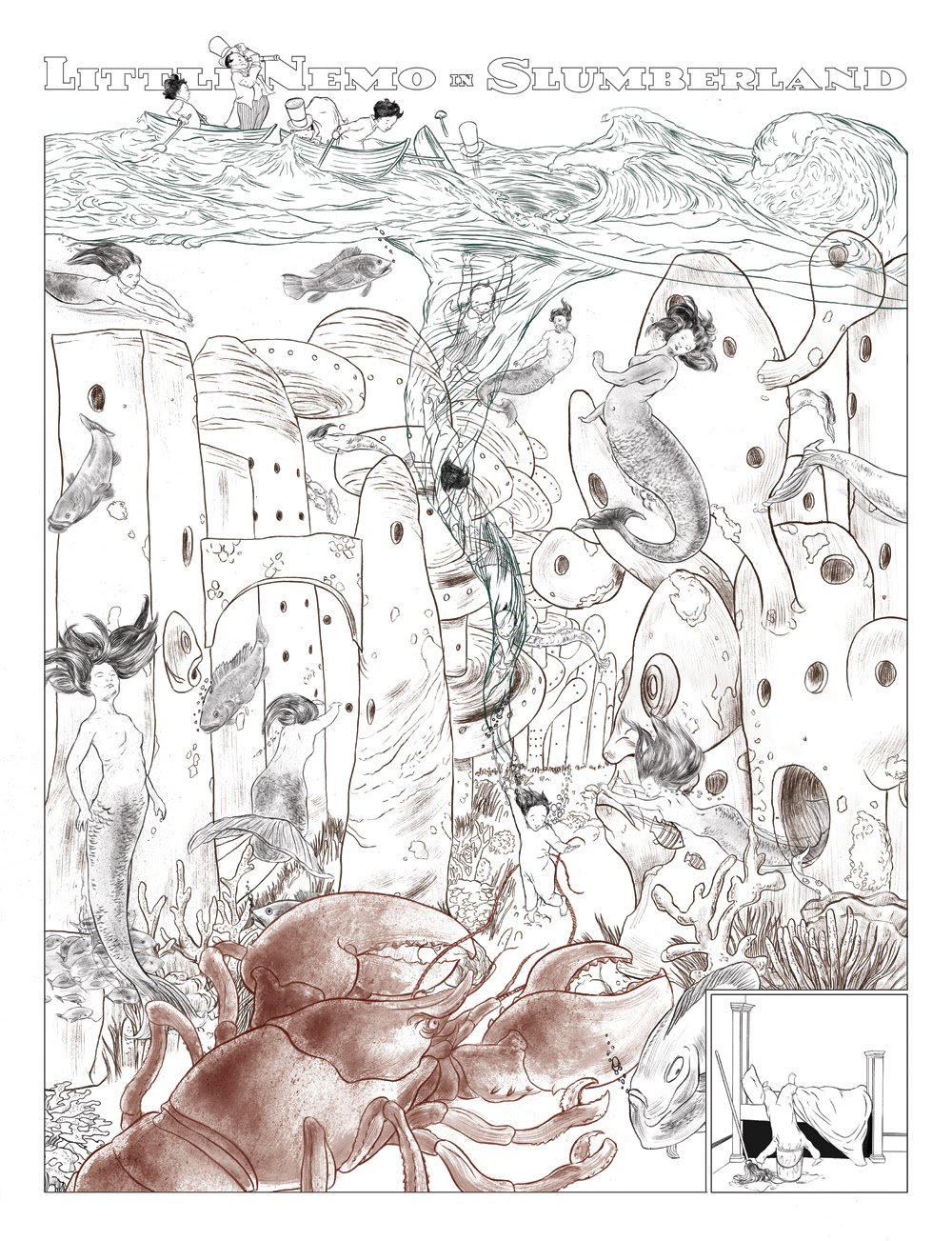 For anyone who knows my working method, I did this in pieces much larger than print size. The water and spout was done about 20"x30". Here's a few figures: 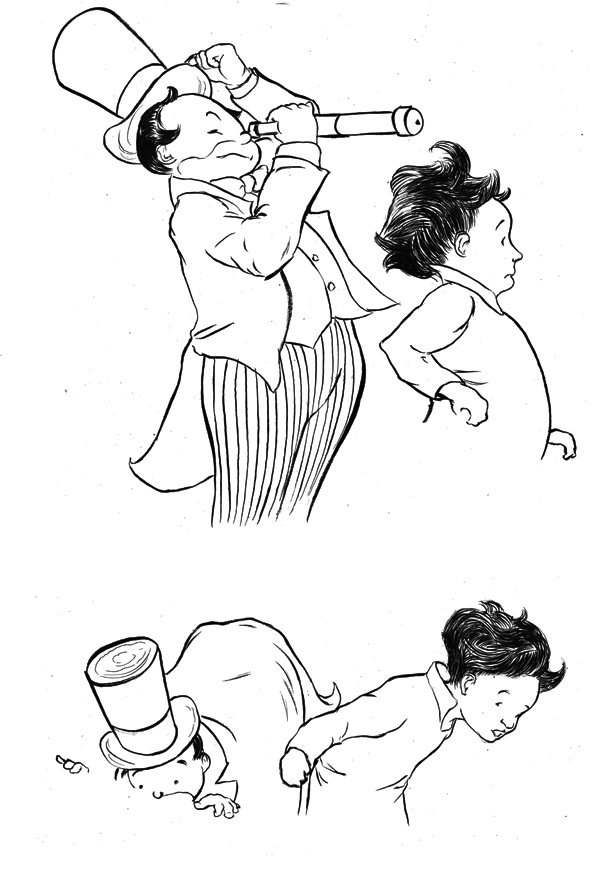 For some reason I just couldn't get the logo to look right, so I ended up tracing it in Illustrator, changing a few things here and there:

I had a great time.

UPDATE: Soon to be a print from Locust Moon!
Posted by Jed Alexander at 9:03 AM