In Search of Moebius' Aedena Cycle in English Translation

For reasons I can't entirely understand, U.S. translations of the late Jean Giraud's alter ego are rare in the states. In the 80s and early 90s, there were a series of graphic novels released by Marvel Comics Epic imprint. This was how I was introduced to Moebius' work. This was the first of those to be released. 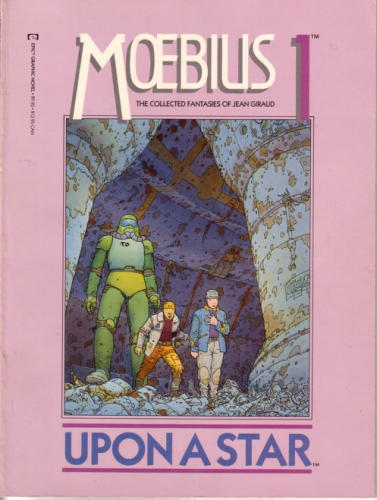 When I bought this at 14, I was immediately hooked. If you're familiar with Moebius' work, I don't have to tell you why. If you don't know, I recommend you Google him immediately. Other collections included short stories and longer works, classics like The Long Tomorrow (which inspired the look of the film, Bladerunner) and The Airtight Garage, an strip that was completely improvised in three and four page episodes, and continues to be one of my favorite works. But Upon a Star not only one was my first discovery of Moebius, but the first in a series called The Aedena Cycle that completely kicked ass.

Upon a Star was a commission done for the dealership of a car manufacturer called the Citroen, but eventually turned into one of his most enduring and personal works. The first three books of this series were easy enough to find  in the states when they were first released: Upon a Star, The Gardens of Aedena and The Goddess. After that the search became a little more difficult.

Stel was released in this now near impossible to find volume that I had the privilege of reading, but not owning a couple of years ago: 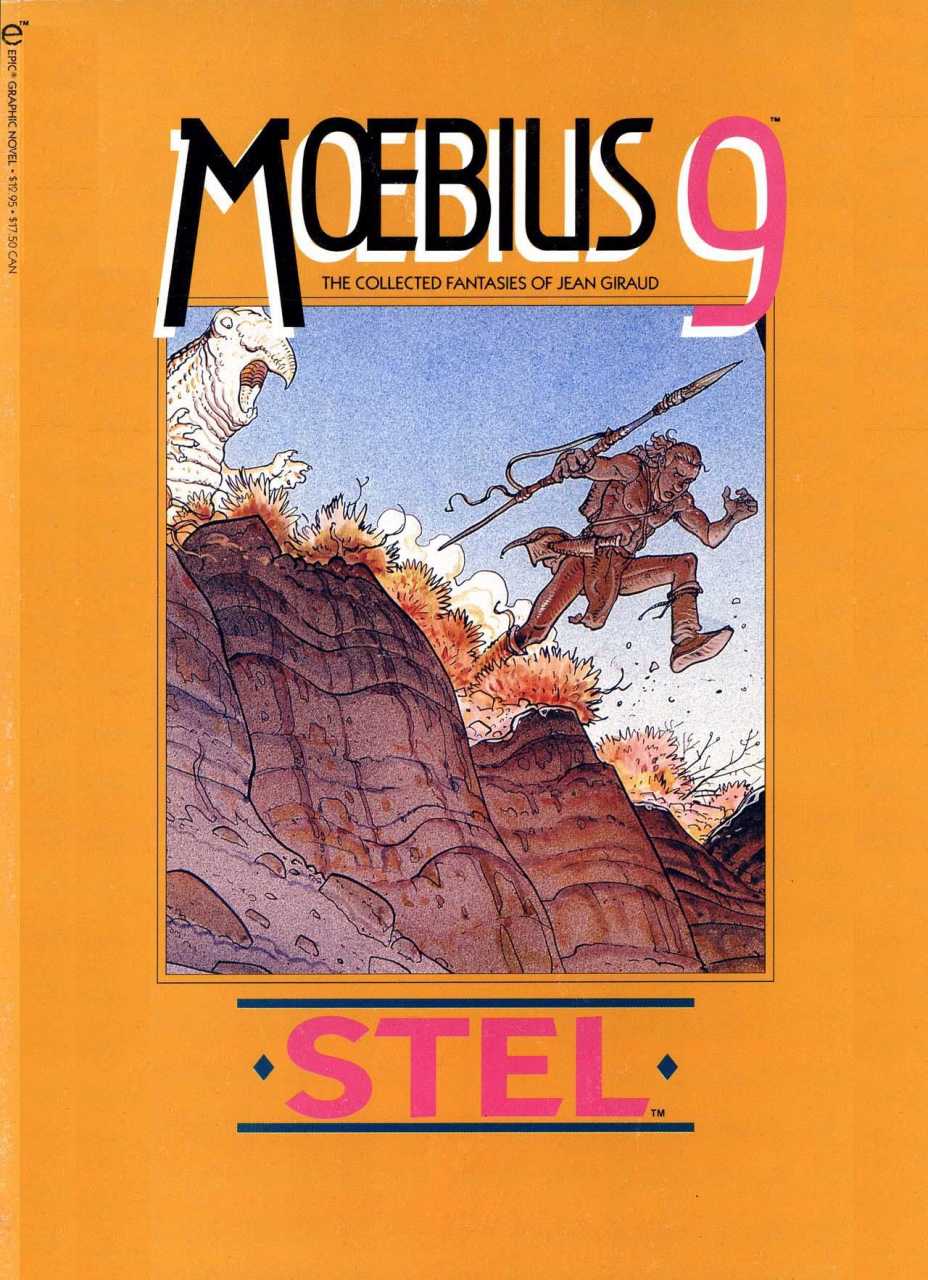 I think this was written when Giraud was just getting out of a a religious cult he had been involved in, and was unusually bleak for the series.

The fifth wasn't reprinted at all, a book called,  Sra: 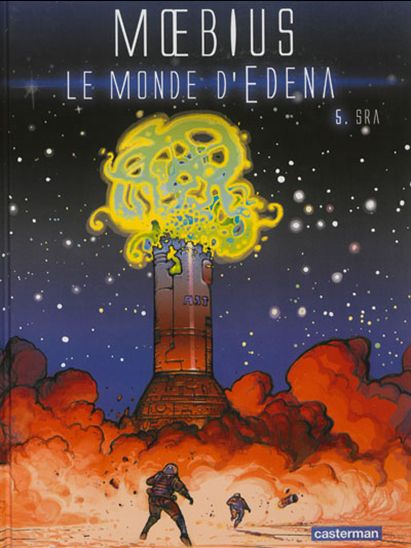 What I think is a  fan translated version is out there, or if it's not fan translated, it had a very limited run. The sixth had an even stranger release.

Concrete Earth Day, that featured a story done by Paul Chadwick about his signature character, Concrete, and a few others, included another story, a wordless story by Moebius.

So when recently I got the French version of the final Aedena book, Les Reparateurs, 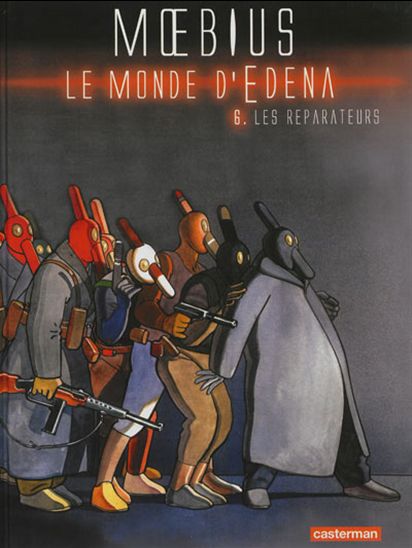 I discovered that the story was very familar, most of it from the Earth Day book. Here are a few of the pages that were, for whatever reason, omitted in the reprinted story: 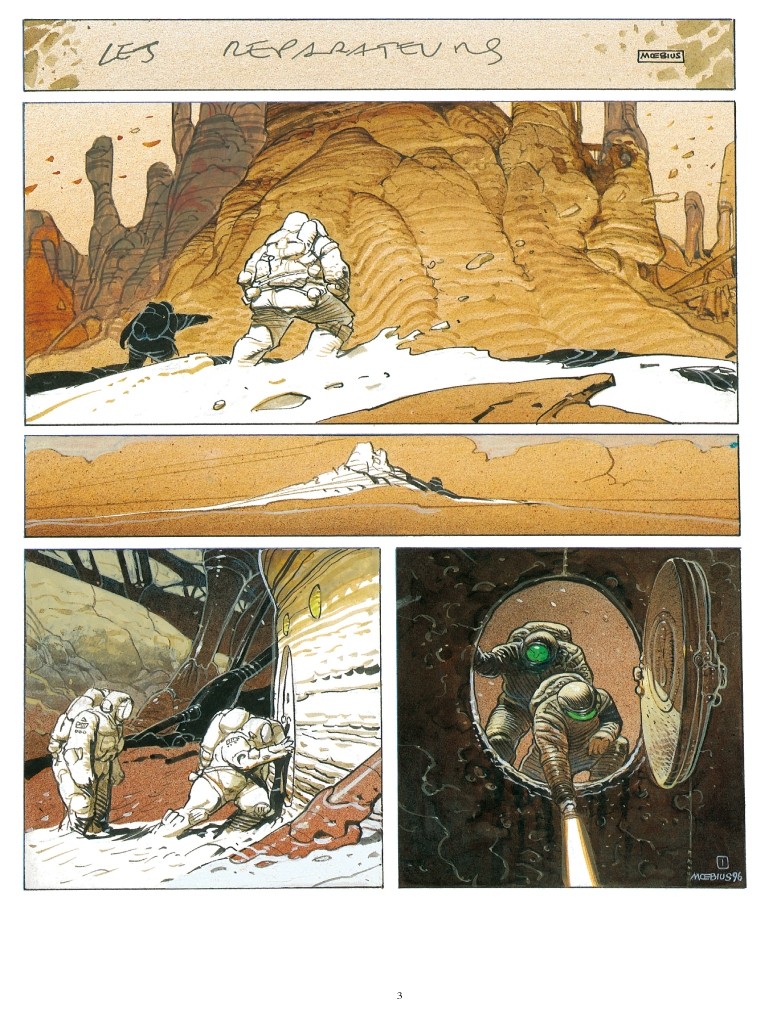 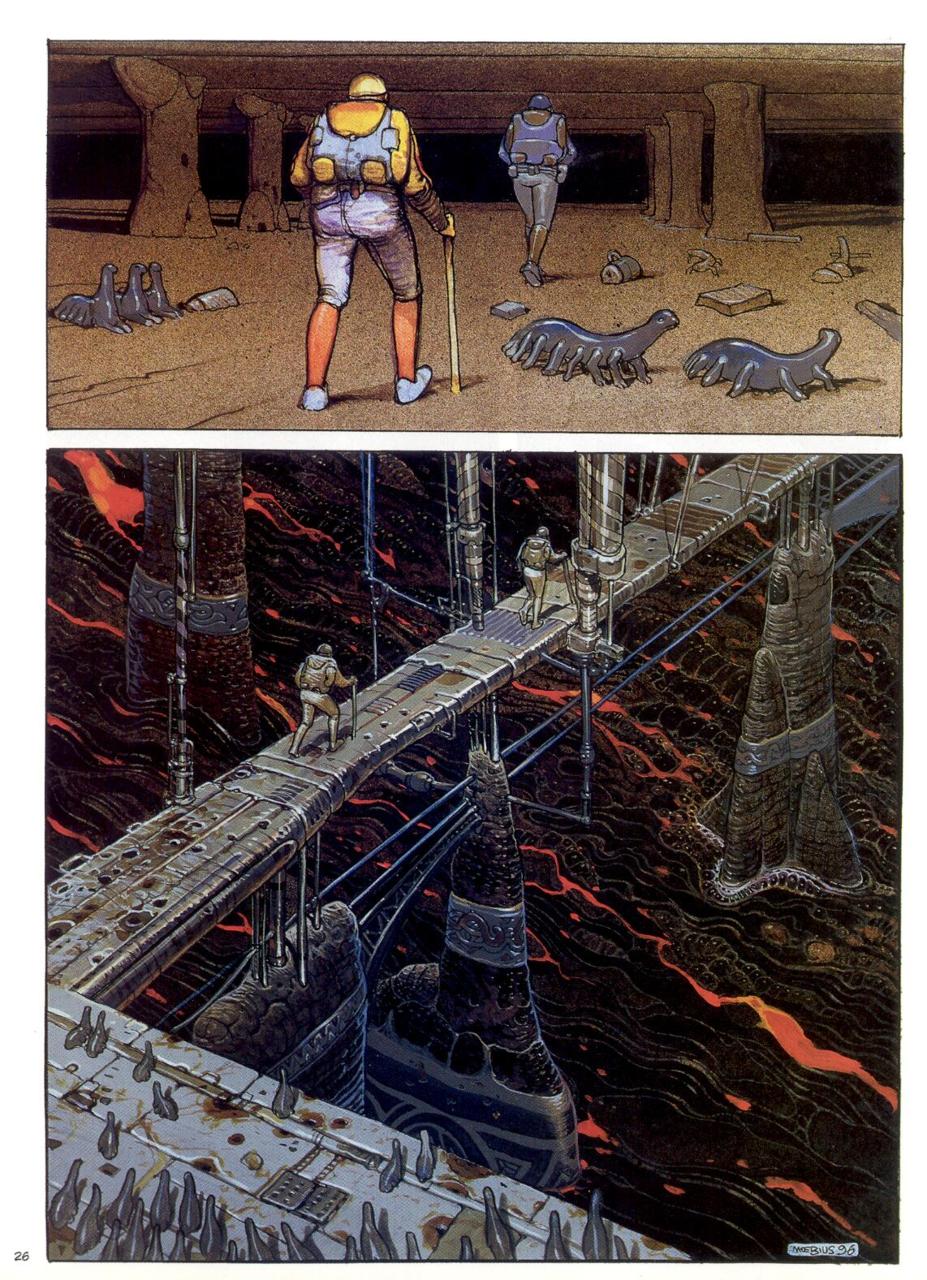 Part of me was a bit disappointed that I had seen the material before, part of me bewildered that it would be reprinted without any mention or acknowledgement that it was the final installment of the Aedena Cycle. Why had it been released with so little acknowledgement or fanfare? Moebius was still a big deal at the time.

While Moebius' collaboration with Jodorowsky, The Incal, has recently been reprinted for the U.S. Market, very little of his other work has seen English translation in recent years, including his very last album, A final story about one of his most iconic characters, Arzach.  For us Moebius fans, it's a bit daunting.

I lended out The Airtight Garage so often, that it's no longer in my possession, and these days, will cost me upwards of $100 to replace. There was a digest-sized sequel to the Airtight Garage released in the 90s by Dark Horse, but it seemed to be unfinished, and I'm wondering if it was ever continued.

Some day I'm sure there will be a beautiful hardbound collection of Moebius' complete works in English translation, but until then, unless you're willing to shell out hundreds of dollars, his work in translation remains hard to find.

Posted by Jed Alexander at 9:39 AM