From idea, to Expression, to Communication: The Fundamental Absurdity of "Intellectual Property" 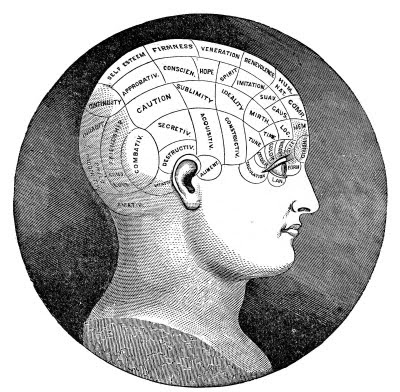 DRM, or DIgital Rights Management, is what they call the software that doesn't permit you to use a digital media on anything but a single commercial product. DRM does not allow you to use that media on a competing product. Without the Itunes player I can't watch my Itunes videos.

In the history of commerce, this isn't a new concept. Sharecropping represents a form of oppression and moral bankruptcy that it would be ridiculous to compare morally to DRM, but the basic model is similar. The sharecropper is completely dependent on the farmer for his income and basic needs. Again, I don't want to stretch the metaphor too far, since buying MP3s isn't exactly indentured servitude. In fact, the objective is reasonable and easy to sympathize with: the merchant wishes to sell a product that cannot be infinitely duplicated and then redistributed for free. The comparison that is often made is outright theft--you may have seen the ads that they often include in DVDs, comparing copying to theft. But this is not an apt analogy. No physical product is stolen. What is being copied, is potential information. If it's a book you're not selling paper and ink. If it's a movie, your not selling the cameras you used to shoot it with. More so than ever before, the product you're selling is completely intangible.

All that digital media exists only in the transfer of bits and bites, and the storage space for those bits and bites is in your physical possession, your hard drive, not theirs. They don't lose anything physical in the transfer. Ones and zeroes are what we use to represent the information, but they are not the information itself. Information does not exist independent of its human receiver. All those ones and zeroes only represent potential information. In the end, you still need a human being to interpret the information through some form of media, through sound or images. It's an imperfect process, since, like any form of communication, it relies on interpretation. We couldn't share this information if we didn't share some kind of language, since language aids us in equalizing the difference between expression and interpretation. Language helps, but doesn't do the whole job. I can't experience your ideas, I can only experience the expression of those ideas.

Intellectual property means quite literally: the ownership of ideas. It's a pretty weird concept, when you think about it. Movies and songs and books are expressions of ideas, not the ideas themselves. It takes time and work to share your ideas, and the process is imperfect. The method of expression determines how those ideas manifest. You can't take an idea and spit it out onto the film or onto paper. The expression of the idea is not only a translation of that idea, but the idea is shaped by both media and language. Even images in your head are shaped by how you see and interpret information. Some aspects of language are innate--babies very early on will begin to recognize s smiley face symbol as a face. Some are learned: An aboriginal tribesman upon seeing his first photograph cannot interpret the information in the photograph in the same way that you and I, who have been exposed to images that portray illusionary space our whole lives, will interpret that same photograph. The way we interpret illusionary space is learned, and this form of interpretation is a part of our understanding of language.

So the concept of selling an idea, of selling intellectual property is a fundamentally absurd one. You can't extricate the idea from its mode of expression, since ideas are shaped and discovered through their expression. Expression doesn't even have to involve physical execution--simply thinking of an image in your head is a process inextricable from the language we use to interpret that image, and in this way, the image is shaped by language, and cannot exist in our heads independent of its interpretation.

I don't know when the concept of selling an idea was first established, but the commerce of digital media has required us to distill this concept to its ultimate end, putting this fundamental absurdity in stark relief. Now merchants and corporations are forced to deal with this absurdity more directly. Before recording technology, and eventually, digital media, the expression of an idea had to take physical form. To read a book, you had to have a physical book that had to be manufactured. To experience a performance, you had to see or hear the performance live. Books could be copied, but performances couldn't. As technology developed, we had the additional means to listen or watch a recording of a performance. As digital technology developed, we had the ability to distribute that information instantaneously, or almost instantaneously.

Live performance is often considered one of the few experiences that can't be duplicated. The experience of viewing art made by a human hand in a museum or gallery can also not be duplicated. With immersive digital media, or virtual reality, we're getting closer and closer to closing the gap between these in-person live experiences and recorded experiences, or experiences that can be consumed by proxy. Just as we can watch a live performance on video, some day we may be able to experience a live performance remotely through immersive technology. As this gap begins to close, these in-person experiences will no longer have the same significance. There will be few media experiences that can't be simulated, if not perfectly, than very very closely, at least when it comes to the audio/visual. We don't know to what extent immersive technology may expand, and as technology develops, the gap could close even more. With this, the gap between the expression of an idea, and the communication of that expression also closes. Distribution of your expression has infinite potential. Potentially, more people can experience these forms of expression than ever before. But how do you sell something that doesn't exist tangibly?

This is the dilemma that artists currently face, and the problem will only increase. But infinite potential, is not the same as infinite reality. People need to be informed that your art exists, and they need to have access to it. This is becoming easier, but we still rely on people and corporations who promote and distribute art. If you want to get the word out on your own, you can take on this role yourself, but individuals still aren't able to do this quite as effectively as corporations. There will long be a discrepancy between what a corporation can do, and what an individual can do in this regard. The web can only exist through a global communications network owned by corporations. There will always be people who will try to hack, or hijack this means of distribution, but this can only go so far. The vast majority of us will continue to be in its thrall.

Corporations are faced with the same dilemma as artists: they can't control copying. They can limit it, but they can't eliminate it, and as technology develops, copying only becomes easier. DRM is only a temporary measure, and consumers are already beginning to balk--we like to have control over the stuff we own, and l doubt we'll tolerate DRM for very long. A new economy has to emerge, and none of us truly knows what it's going to look like. As long as artists rely on corporations to distribute their stuff, artists will be beholden to those corporations on some level. Some of us will be able to circumvent this, but most of us won't. Net neutrality won't be sustainable if corporations feel that it will compromise their hold on us.

The concept of intellectual property is a powerful one, and more than artists or individuals, corporations have fought to sustain it more than anyone else, since they stand to gain from it more than anyone else, but its a concept that is becoming increasingly irrelevant. Whatever the new economy may hold, the concept of owning an idea will have to be adjusted, and corporations are terrified of this prospect. I can't help but think that this is a good thing.
Posted by Jed Alexander at 2:11 AM