Another Ladybug and Gentleman Beetle Rough: The Inside of the Pumpkin

As an shortcut I used gradients in this one, even though I hate gradients, since it's still in rough form. There won't be any gradients in the final, but in this case it was a quick way to get the point across.

I didnt' anticipate using any kind of extreme perspective in this story, but I wanted to show the contrast in size and how the characters were engulfed by the space. I felt I had two options here: To go for a bird's eye or a worm's eye view. I chose bird's eye to contrast with the image on the previous post which was from more of a worm's eye perspective, though drawing the characters foreshortened from above was a challenge. I think it worked out pretty well, though. 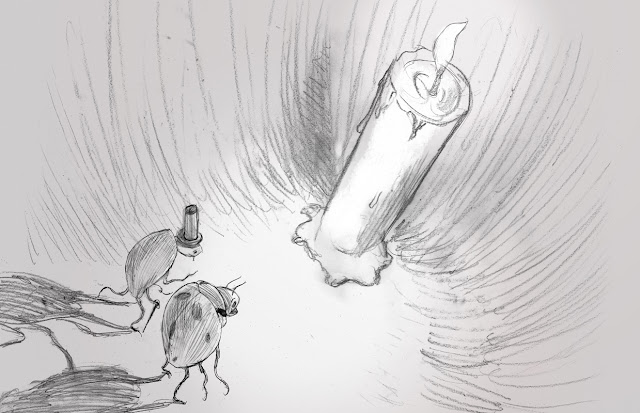 Posted by Jed Alexander at 7:41 AM