Pat Boyette is one of the great unsung heroes of comics.

Boyette's best known work is from Warren's Creepy and Eerie magazines and  the much maligned, Charlton, and Charlton is where he did one of the greatest comics of all time, Korg: 70,000 BC. Charlton was a company from Derby Connecticut that printed their comics on the cheapest paper with the cheapest coloring on their own presses, and notoriously paid their talent the lowest rates. But Charlton also offered its talent more creative freedom than they could get just about anywhere else, and artists like Steve Ditko and Pat Boyette were largely left alone to do what they wanted.

Boyette made up for Charlton's cheap page rates by producing a ton of work, working on numerous Charlton titles at once during the late 60s and 70s. He did everything, soup to nuts: pencils,inks, letters and sometimes scripts and fully painted covers. He famously did a complete issue of Peter Cannon, Thunderbolt in under a week. Sometimes, as a result, his work could look rushed, but at Charlton Boyette was given free reign to do some of the most formally experimental work of that era, on a book that nobody cared about. Korg: 10,000 BC, based on a pretty awful short-lived TV series. But Boyette made Korg his own. 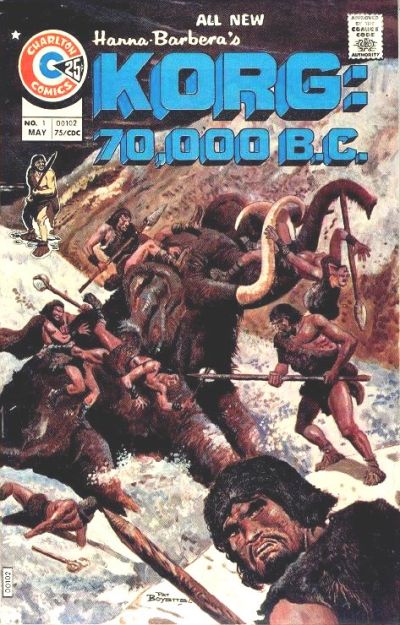 Korg wasn't exactly great literature. Yes it looks kind of trashy. And this is the problem with a lot of comics, particularly from the past: some of the best storytelling wasn't always in the service of the best stories.

But dismiss Korg at your own peril! If you're into comics, you should be into Korg. Why? Because of stuff like this: 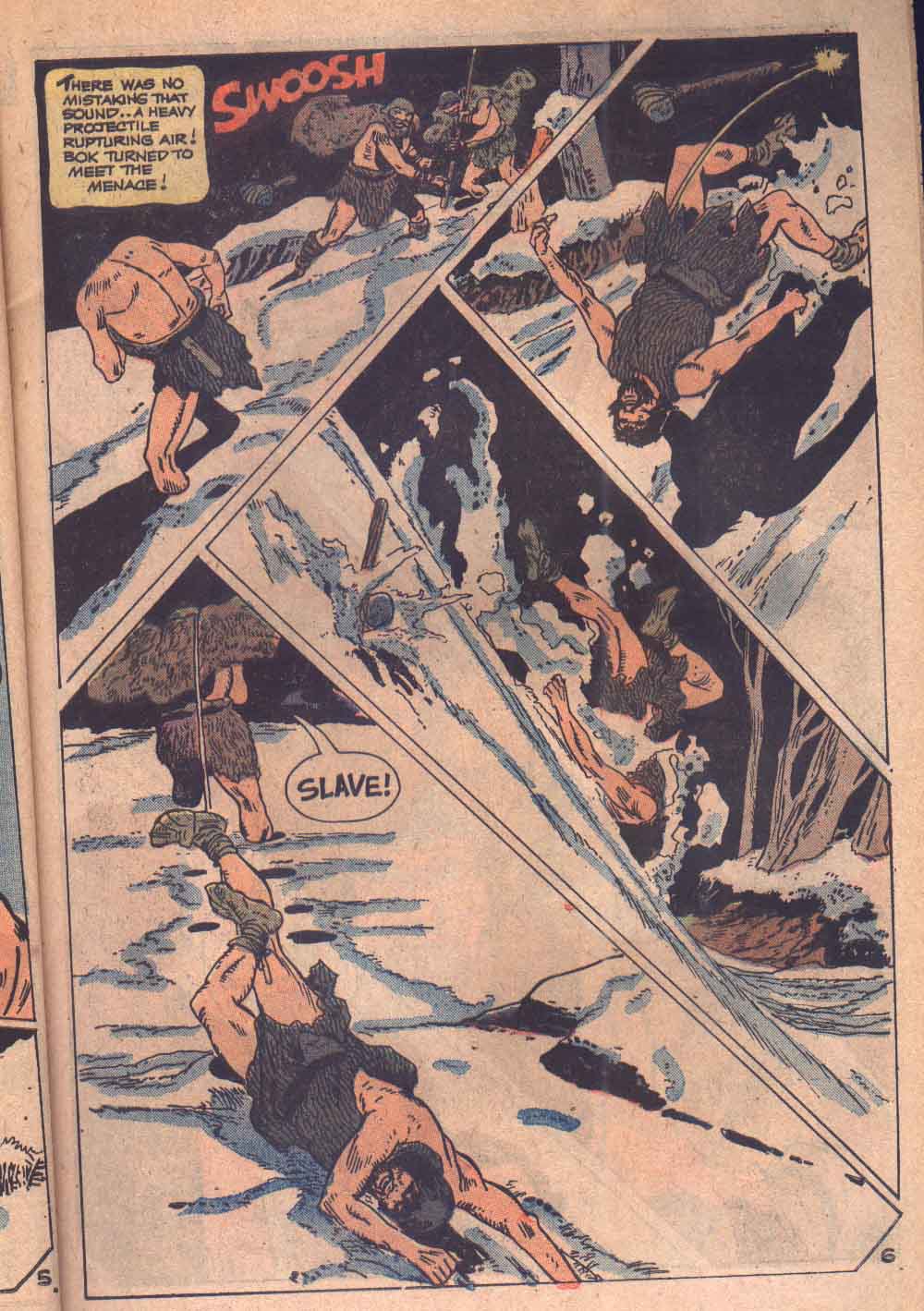 This page is all diagonals and reads, not from left to right, but clockwise. Who does that? 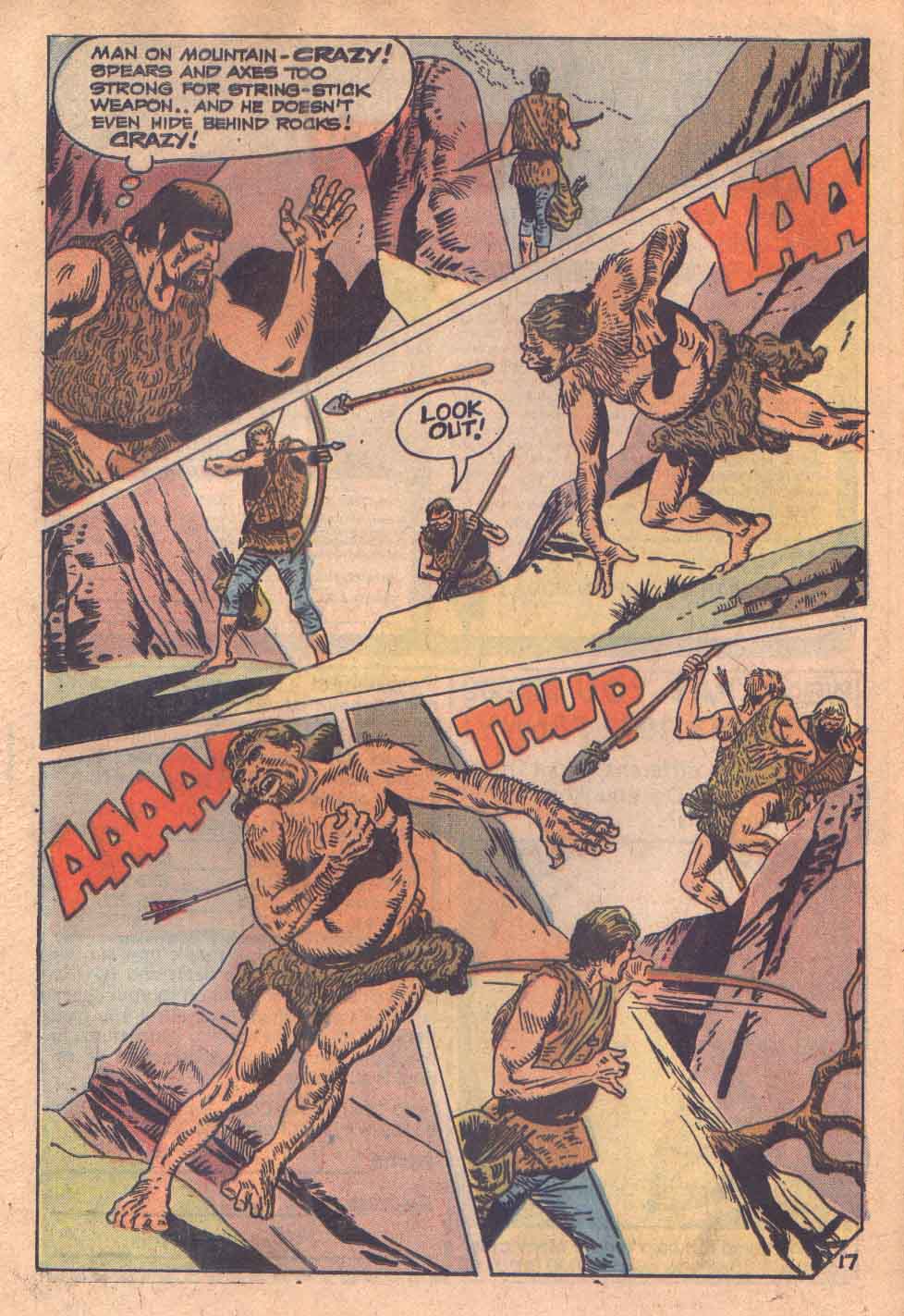 Since Boyette did his own lettering (a rare thing in newstand comics at the time) he was able to use word balloons to guide the eye from left to right and then right to left again. but check out that second panel: 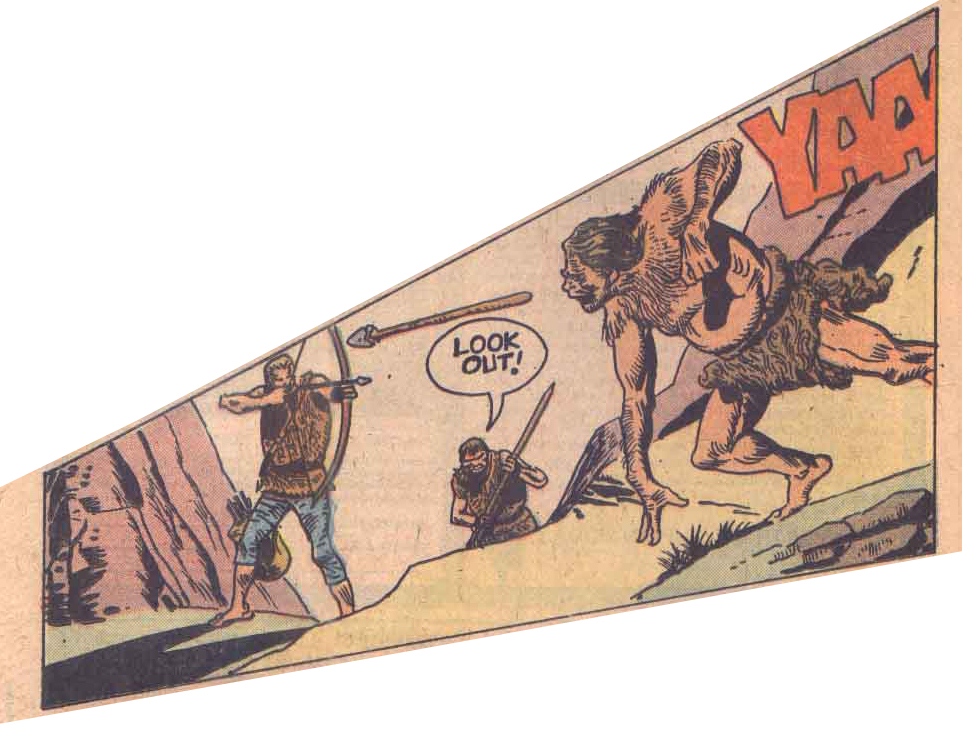 Not only does the action go from right to left, but so does time. The guy on the right throws the spear, and then the middle guy says, "look out!"  But that's not the cool part! 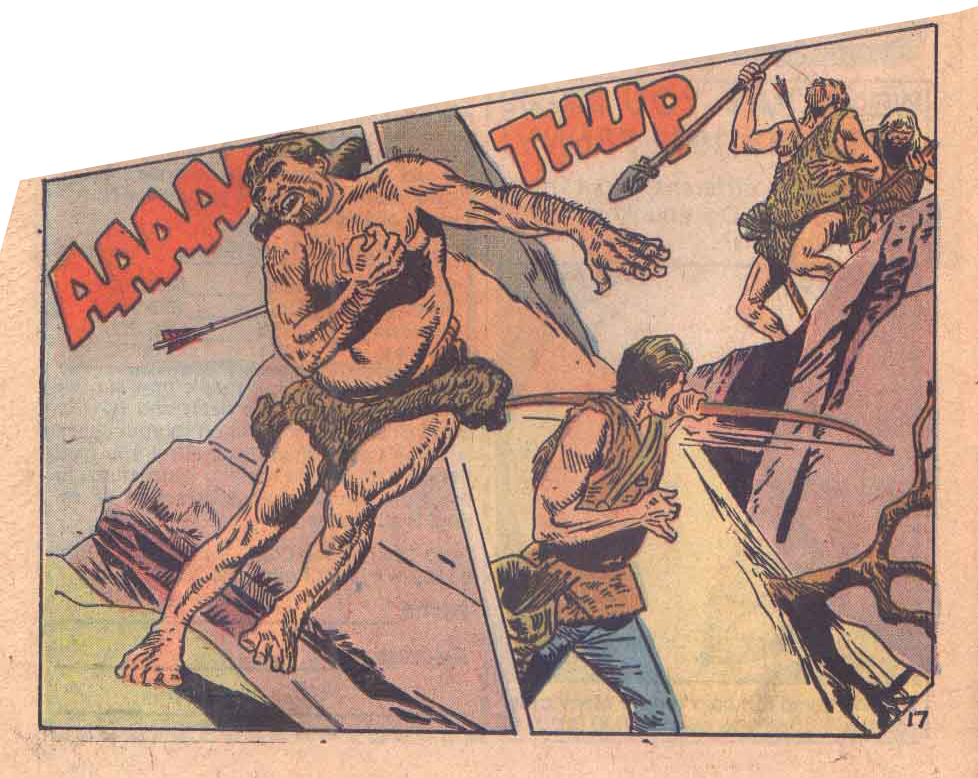 This page looks to be shot from the original artwork, so you can see the art in it's original black and white, before Charlton coloring and bad printing had a chance to dull Boyette's line. 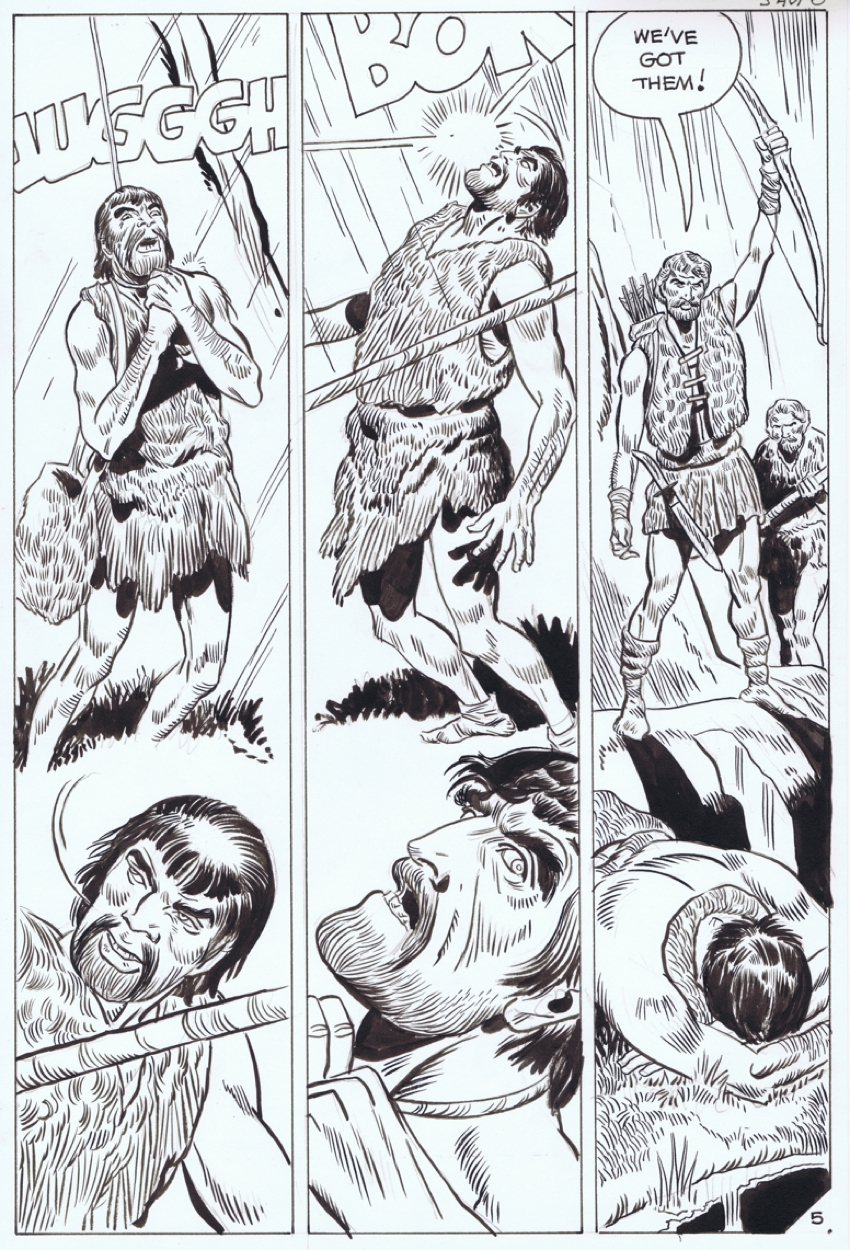 This one's a little more confusing. Now we have three panels. As the two men are attacked, we see a full figure shot of  one and a reaction shot of the other, each panel a kind of montage, with the last image in the second panel a reaction shot of the first as he struggles with the rope around his neck. At least I assume it's the first guy. Since they both look exactly the same, the rope is the only way we can tell one from the other. In the last panel, the action is joined together in one scene, and you have this sense that the action all happened very quickly, maybe even simultaneously.

I don't think this page entirely works, but it's still very ballsy, and typical of the kind of invention that you see again and again in Korg. Not every experiment worked, but nobody was trying this stuff, and Charlton was the perfect place to do it, because no one was watching. Boyette experimented with diagonals and other formal inventions in earlier stories, like Children of Doom from Charlton Premiere in the 60s: 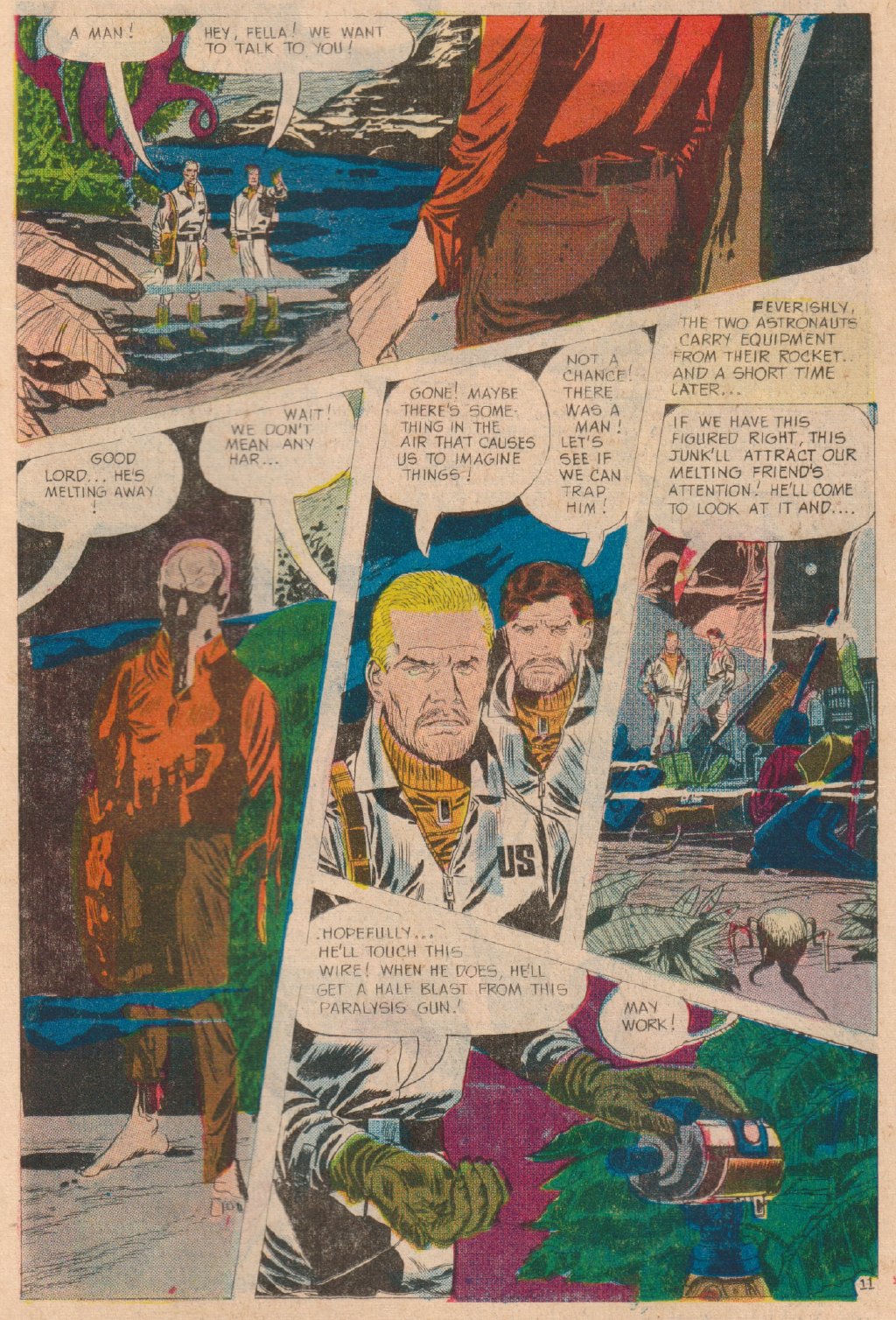 (Back when the color printing was particularly bad) but never quite to the degree of Korg.

Which is why Korg is one of the greatest comics of all time. Am I wrong?

Posted by Jed Alexander at 8:50 AM